Are the Söderlunds Related To The Lundberg's?

Some time ago I learned Erik August Söderlund was buried not far from where I live. If you remember this is the man who raised my grandfather when he came to the United States as a boy. I do not remember exactly when or how I found out about where Erik was buried, but I believe it was from my cousin Jan in Sweden. It has taken me a lot longer than planned to head over to the Cemetery to see his grave site.

A couple of weeks ago my husband and I decided to take a nice, relaxing ride in the Corvette to Modesto, Caifornia. Our intentions were to stop at a sporting goods store (for him) and go to the cemetery, Acacia Memorial Park (for me). I must say, out of all the corvettes I have owned (5) this one has the nicest ride, ever! 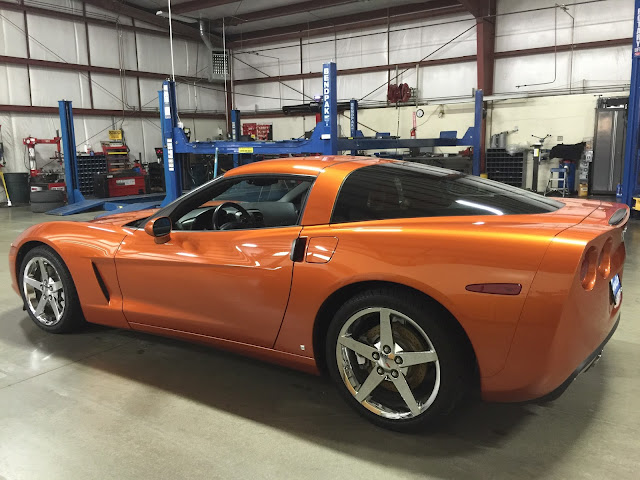 We made our stop at the sporting goods store and purchased what my husband was looking for. Then we headed to the cemetery. We found it on the left side of the road, it was hugh! So many entries and exits throughout the property. When we reached the end, we drove in to check it out, as we never saw a sign advertising the name of the cemetery. We quickly realized that we were in a catholic cemetery. My husband drove back through the property towards the other end, trying to find an office where I could speak with someone. We found a small builing with a truck parked there, but the door of the building was locked. We drove further and saw a sign that said we were now in the Odd Fellows Cemetery.


Still trying to find someone to speak to we continued on. Alas, there was another small building! The building stated we were in Acacia Memorial Park. There were actually three cemeteries all connected as one. I was thrilled we found the correct cemetery! 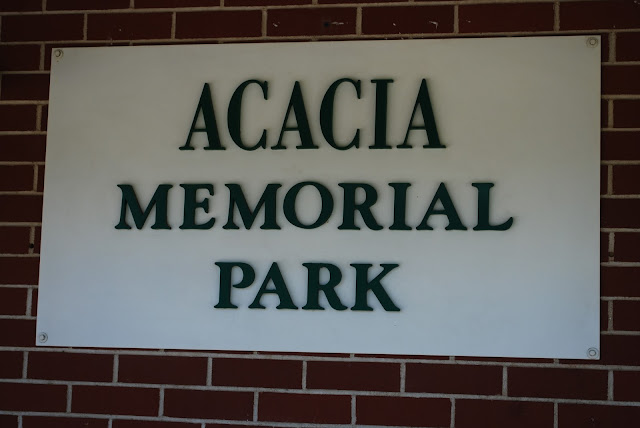 One problem laid ahead for me however. It was Sunday and the office wasn't open to find out where Erik was buried. I told my husband I had to start walking it, we had come to far and I have waited to long. I told him he could nap in the car if he wanted. I think he knew I wasn't going to give up until I found the correct gravesite. I started walking the rows and at one point looked up to see where he was. He, on the otherside of the road, was also walking the cemetery, looking for the Söderlund gravesite.


I was getting close to the end of the first two rows when the name "Söderlund" popped up at me! My heart jumped a minute, and then I realized it was not the Söderlund I was looking for. The names did not mean anything to me off the top of my head, but I took photos to research later. The name Söderlund is not common, so the odds of there being a relationship seemed pretty good to me. The first one I found was for Andrew Söderlund... 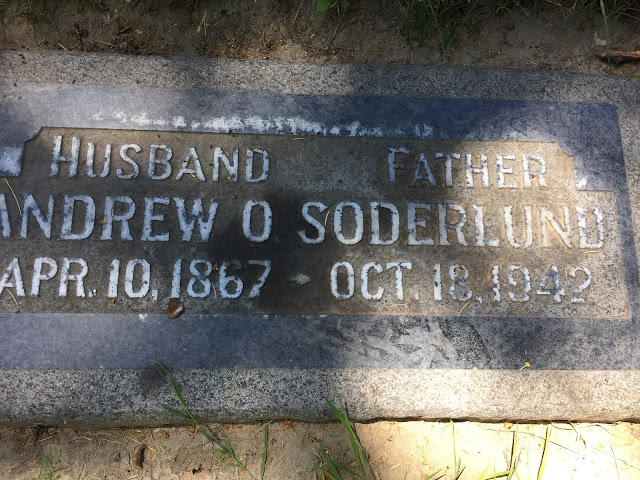 ...and the one right next to it was of course his wife, Emma. 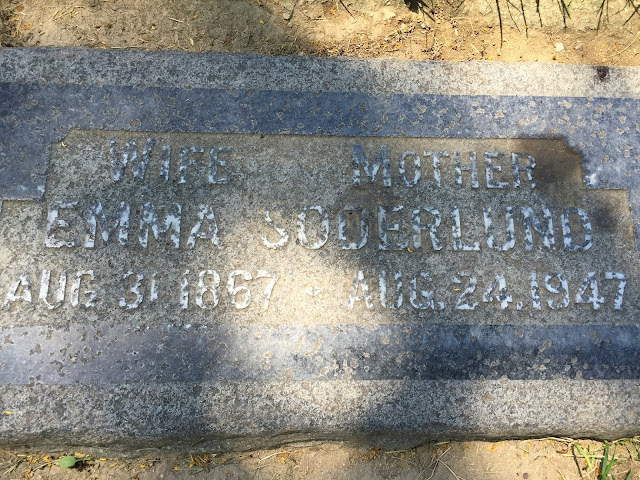 It was fun finding other Söderlund  I look forward to researching them soon!

I started down rows 3 and 4. Maybe 20 steps into these rows, my husband asked if it was Erik I was looking for. He found it, Erik August Söderlund's grave! I crossed the road with great anticipation of anything I may learn from the headstone, while thinking to myself how close, yet how far these Söderlunds were from each other.

Sure enough it was the correct gravesite. I looked on each side of the gravesite, not a name connected with me. I looked further out and around the site, still no one rang a bell to me. 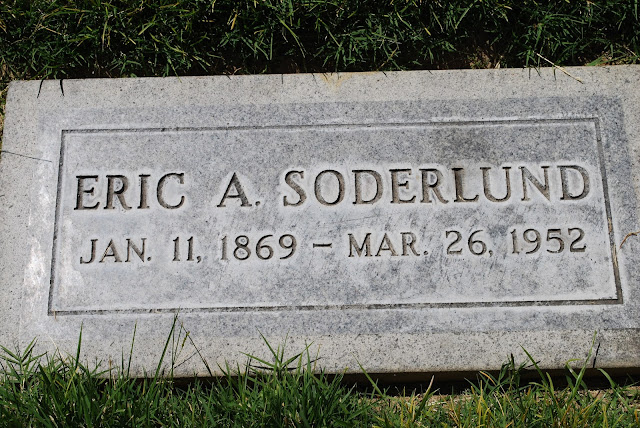 One thing was interesting though, maybe you noticed also. I have been spelling his name "Erik", but on his headstone it says "Eric." His birth record from Sweden states his name with a "k." I wonder who reported his death and where the "c" came from.

In my family tree I show Erik August Söderlund has a brother, Anders Olaf Söderlund, b.1867~ d.1942. What are the odds that Andrew could be Anders? More work to do!

I now have the photo of the grave, which also agrees with the information I have on Erik's birth and death dates.

I just wish I could find who my grandfather's father was...