"My" Swedish Adventure ~ Förbereda (Preparing)
Links to posts 1-10 can be found here.

We are starting to finish up at the Tower of London with one final section to check out. Look at the line for the Torture Chamber! 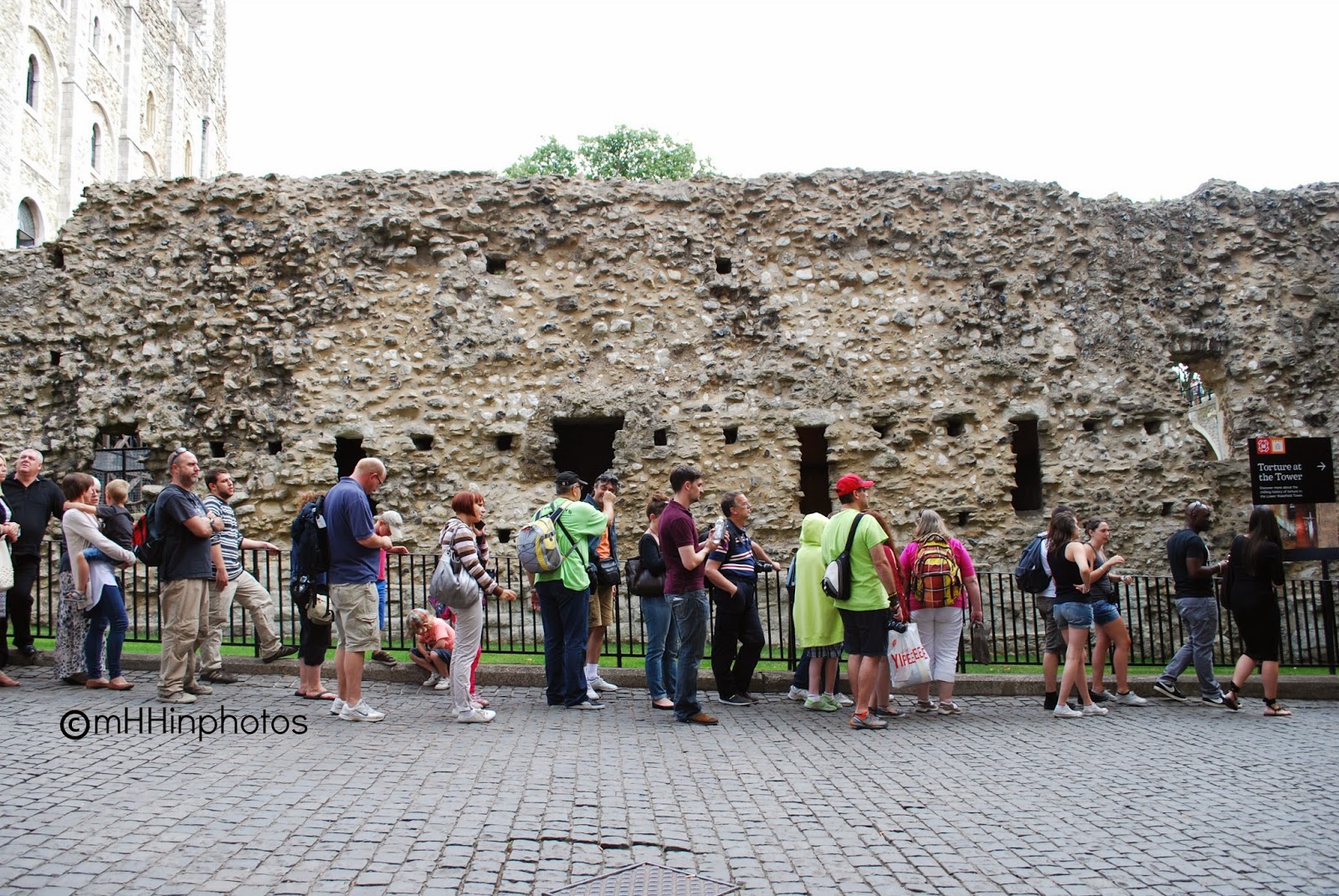 I wasn't sure I wanted to go through this, but the line must be there for a reason. I imaged it must be worth it. What kind of things would there be in this building? Maybe things I'd rather not envision.

When we reached the beginning there was a sign with a bit of explanation of the chamber. It had been used for prisoners and considering, not many really were actually tortured. After reading that I felt I was ok to see the inside.

I typed what the sign says below the photo in case it is difficult for anyone to read. 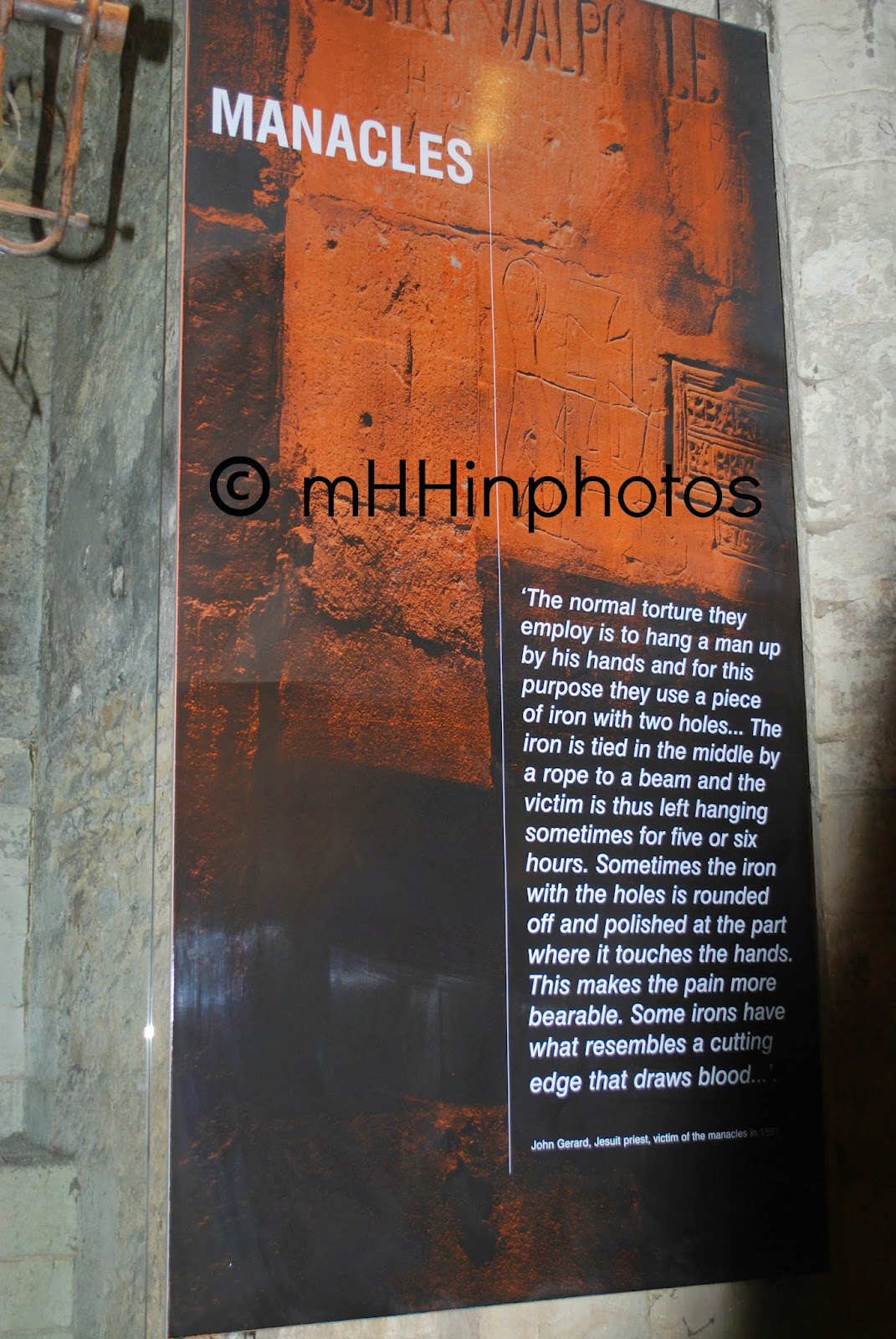 "The normal torture they employ is to hang a man up by his hands and for this purpose they use a piece of iron with two holes…The iron is tied in the middle by a rope to a beam and the victim is thus left hanging for five or six hours. Sometimes the iron with the holes is rounded off and polished at the part where it touches the hands. This makes the pain more bearable. Some irons have what resembles a cutting edge that draws blood…"

I think the sign can be read ok on this photo. 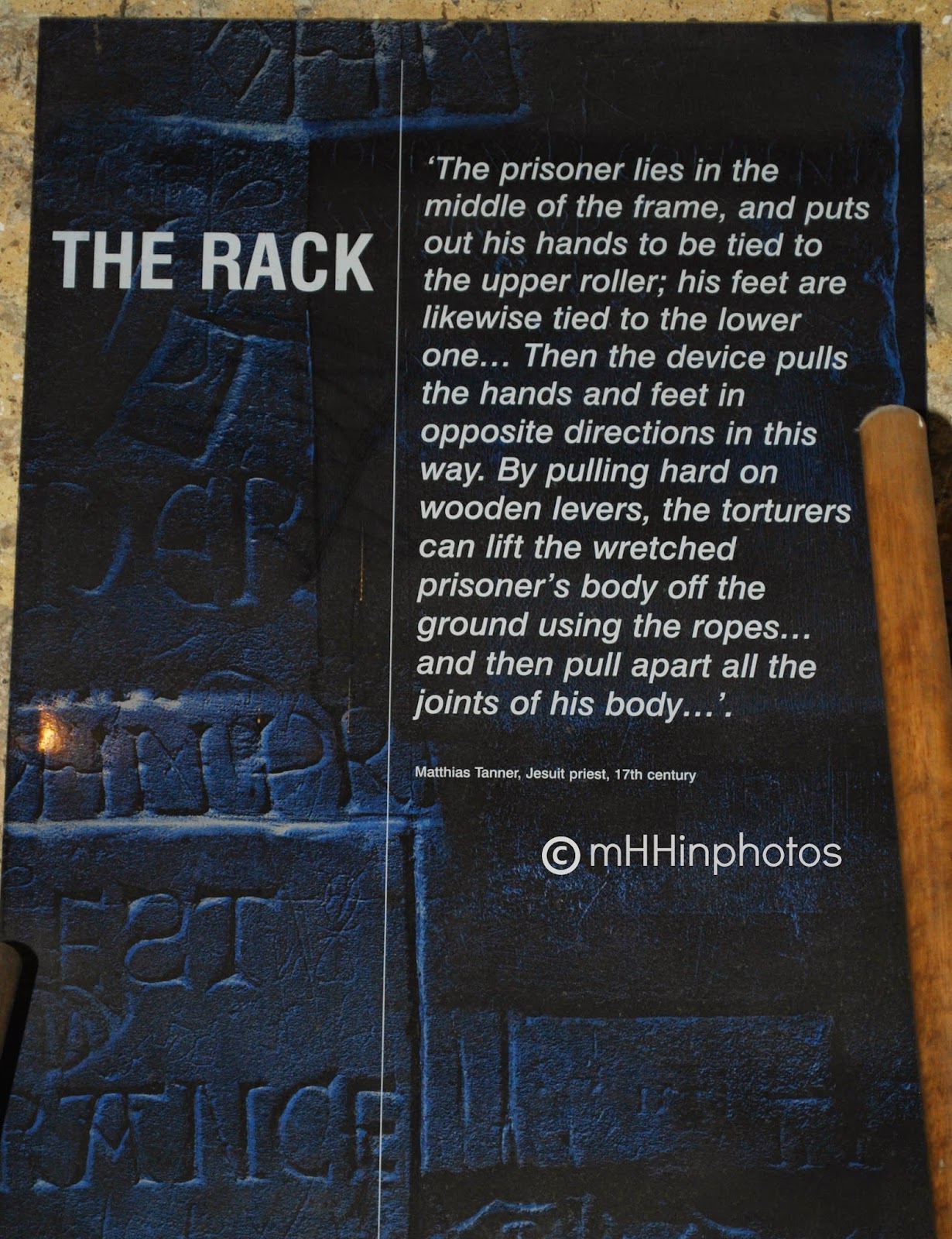 Here is "The Rack" itself. 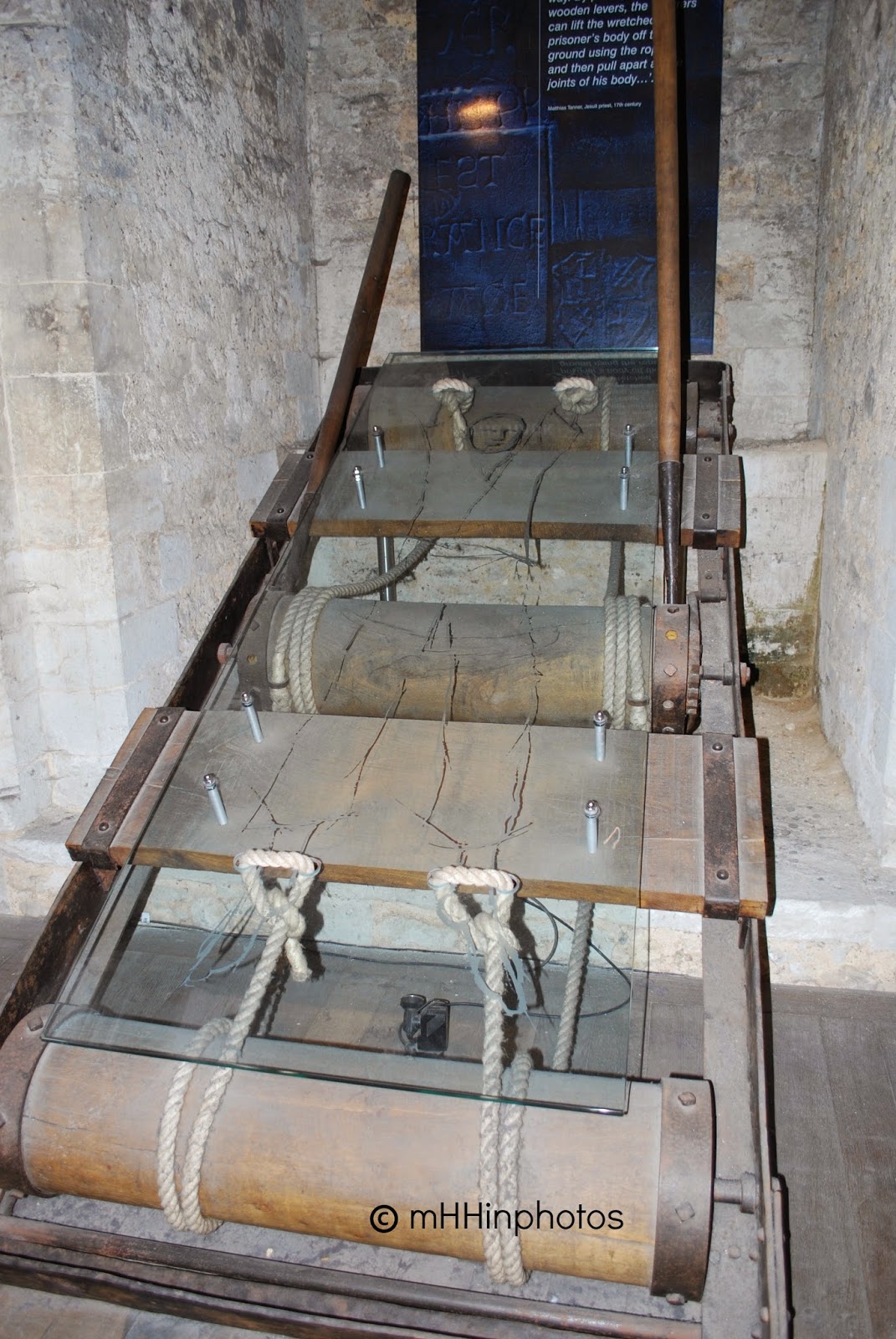 I typed this one up also, below. 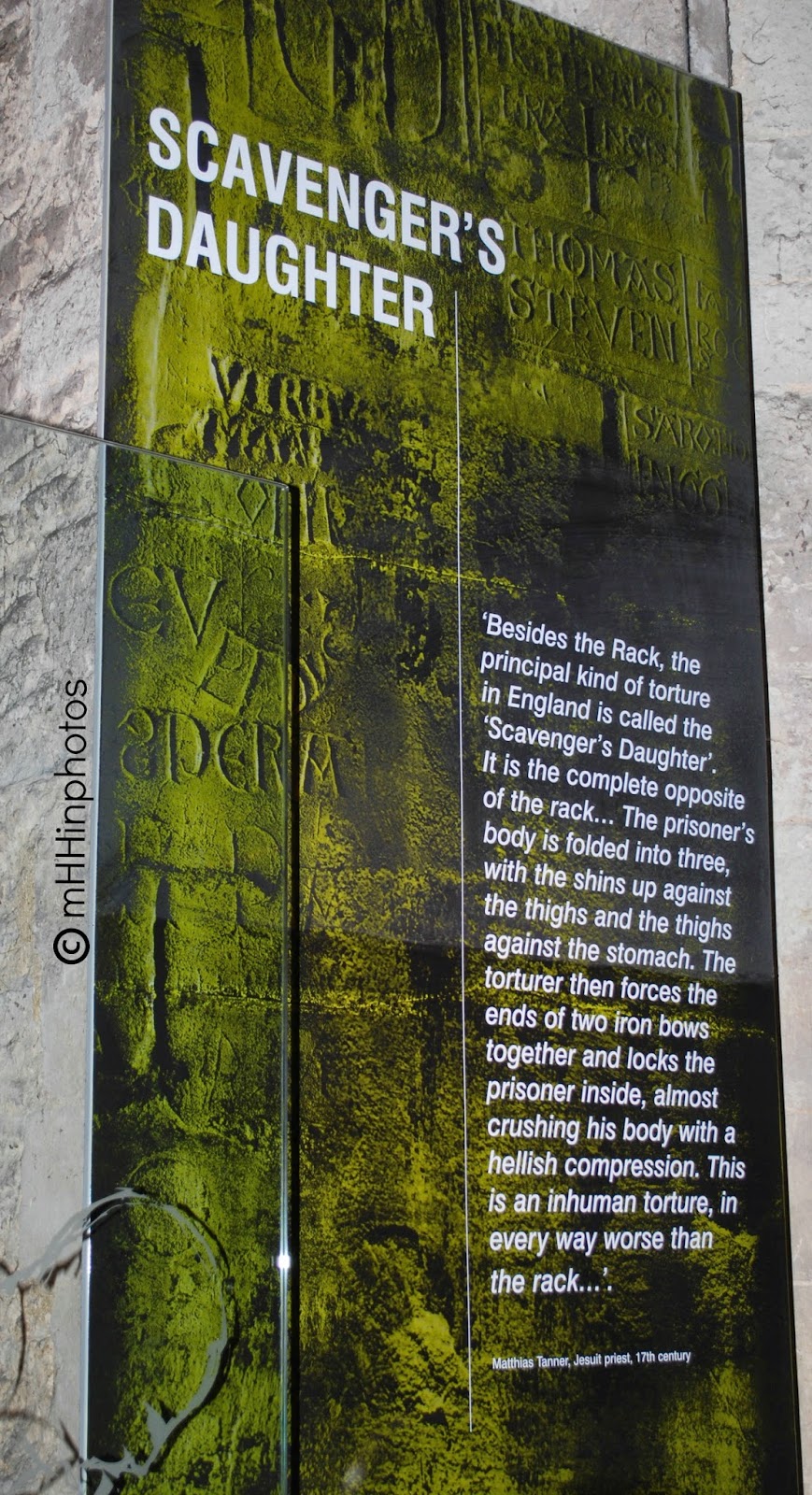 "Besides the Rack, the principal kind of torture in England is called the "Scavenger's Daughter." It is the complete opposite of the rack…The prisoner's body is folded into three, with the shins up against the thighs and the thighs against the stomach. The torturer then forces the ends of two iron bows together and locks the prisoner inside, almost crushing his body with a hellish compression. This is an inhumane torture, in every way, worse than the rack…"

Ok, enough torture for me…moving on...

Walking around the grounds themselves, I think if I ran across these below, that would have been torture enough for me! 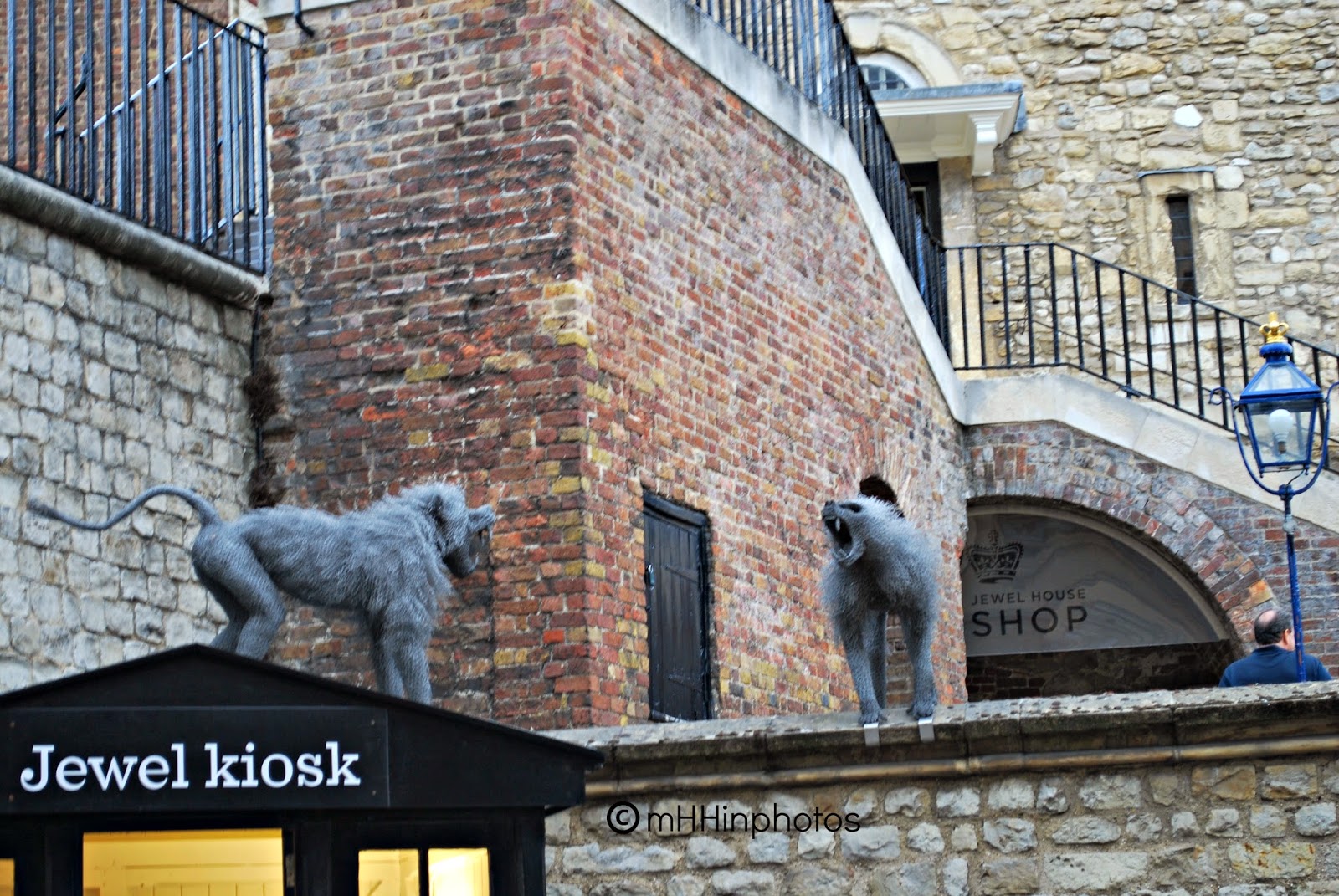 These next two photos I just found. They were taken as we were entering the Crown Jewels exhibit, before we were told we couldn't take photos. 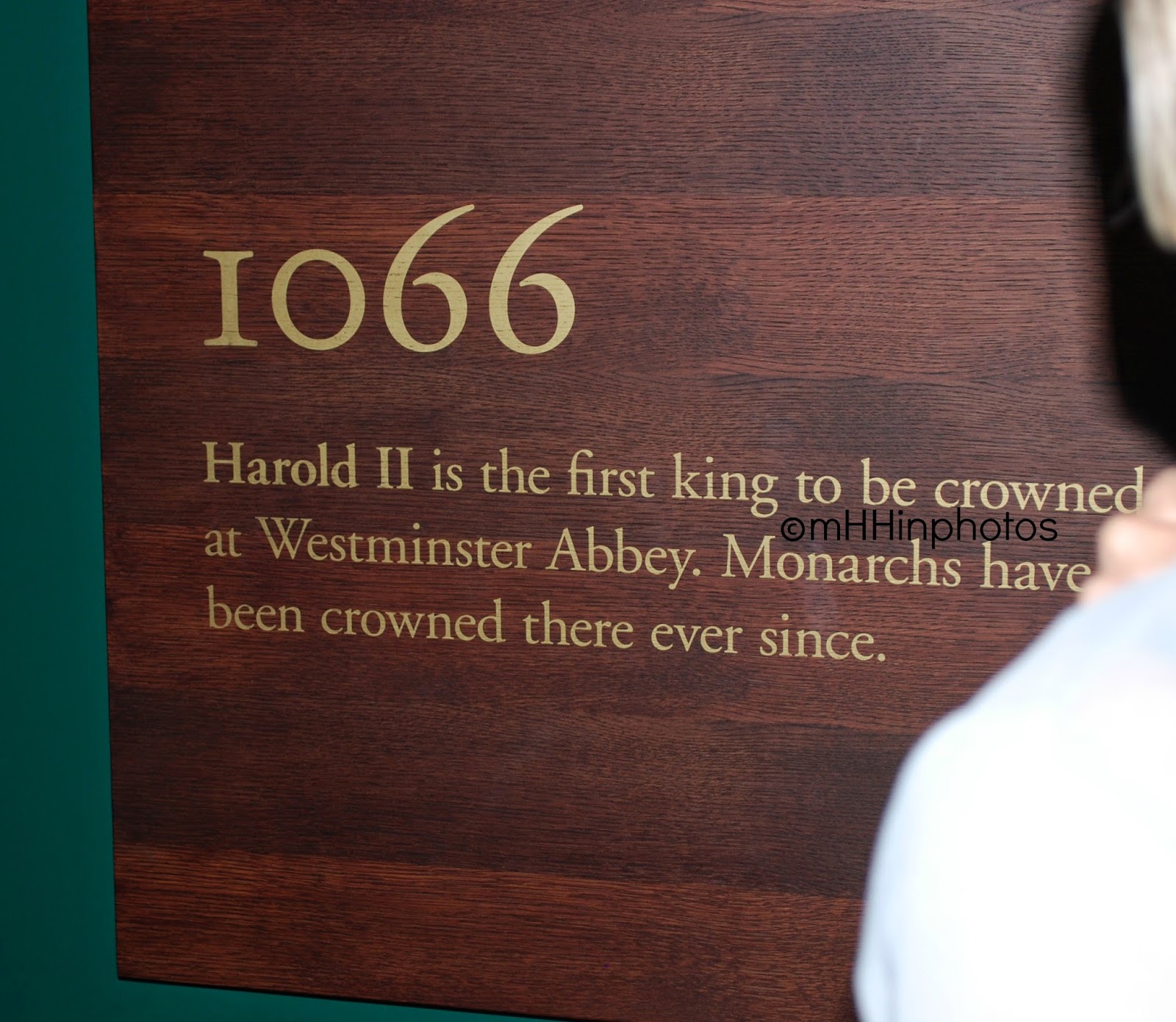 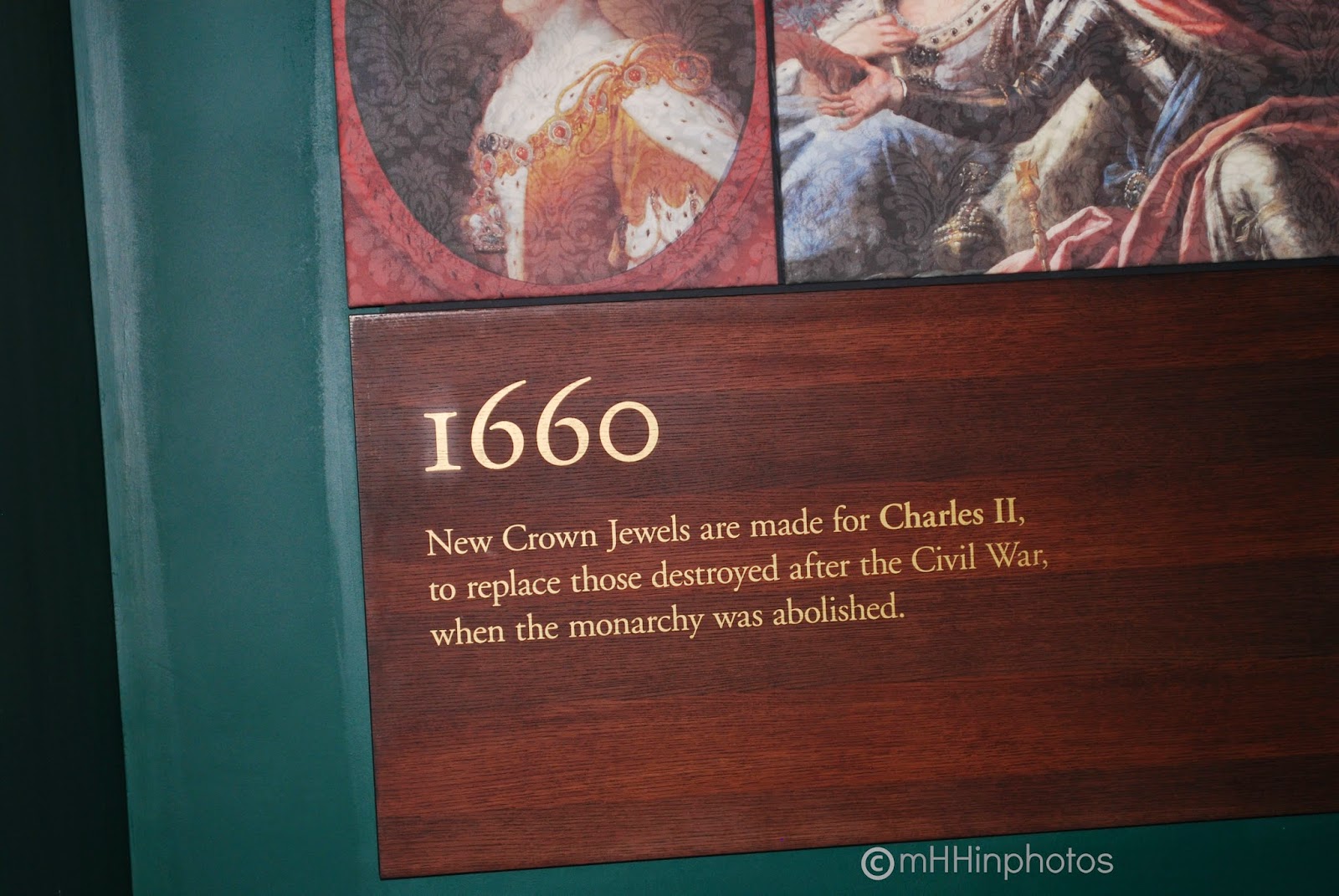 And, with that, we leave the Tower of London. 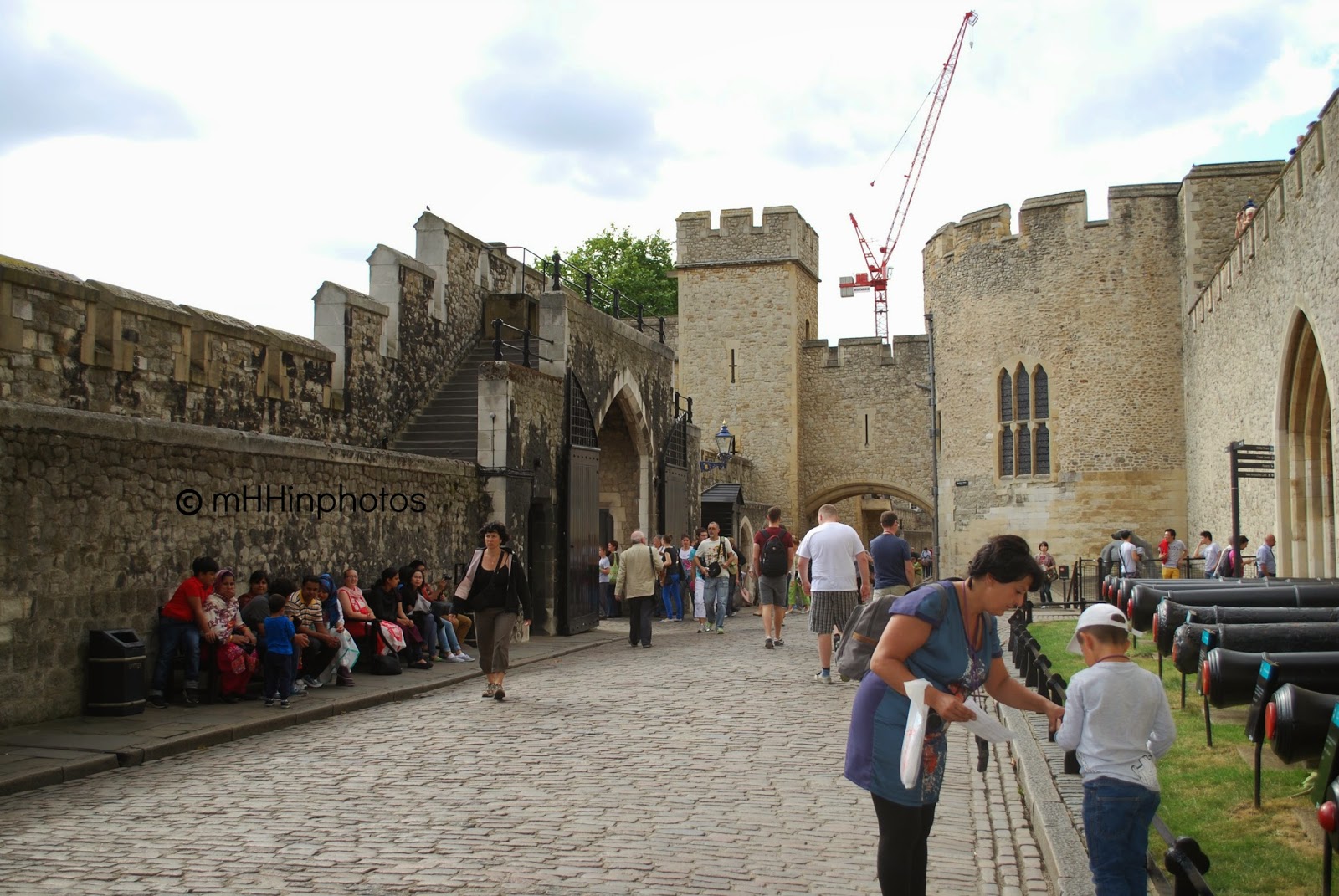