The Book of Me Written By You~Prompt 28~Parents


The Book of Me, Written by You.

My mother passed away in 2001 at the young age of 64. She had cancer, or maybe I should say cancer had her. She lived almost a year after being diagnosed. She was born Annette Neva Harding and sometimes was called Annie.

I was born when she was a month and a half shy of her 19th birthday, in the same city she was born in, Oakland, California. Her parents divorced, and within a couple years of my birth my parents divorced also. 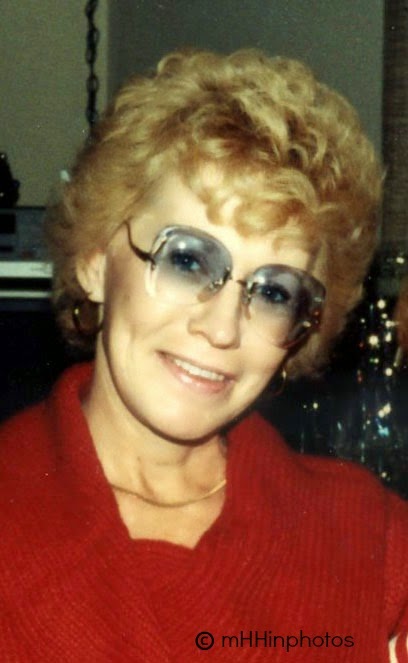 My birth father, Duane Harold Lundberg, passed away in 2008. Cancer also got him at the age of 74. He passed away only about 3 months after his diagnoses. His was stomach cancer. My mother's was lung cancer. I hate the "C" word.

Because my parents divorced when I was very young, I ended up not really seeing my birth father much. As a child I remember seeing him about once a year, generally around my birthday. He would bring many gifts, for me only, none for my sisters that had come along later. By the time I was sixteen my mother told me who this man was that lavished me with presents. By age sixteen, I had already figured it out. If I was to call him dad, I would think he was my dad, right? Mother had a very difficult time explaining this to me, even when she finally did. She was such a private person. 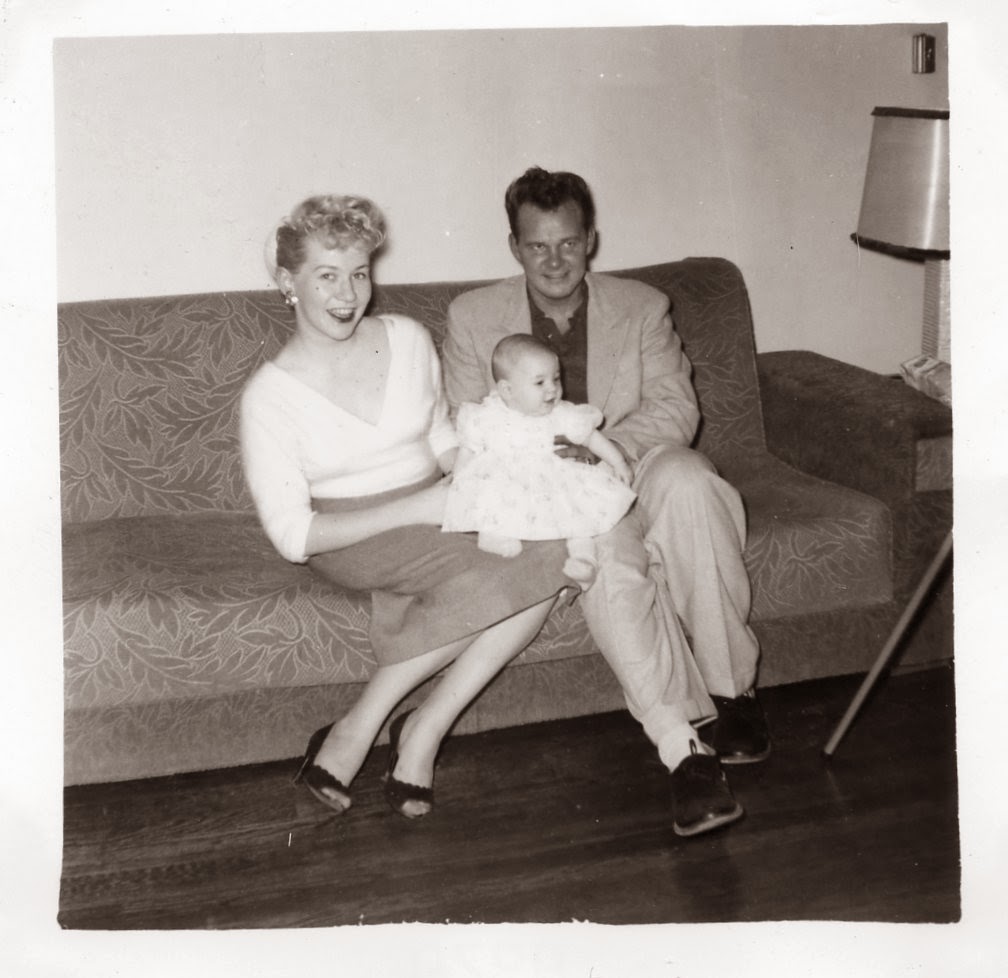 Me with my parents. Photo in possession of Cheryl Palmer [Address for Private use] California. 2014

When I was about two years old my mother remarried. She and her new husband had two children, my half sisters. Because I was so young when my sisters came along they have always been my sisters, not half sisters. The man my mother married became my Dad, he raised me. I am forever grateful to him and love him as if he were my birth father, and I know he loves me as if I were his biological daughter. Many times my mother and I did not see eye to eye and he was the one that got me through the rough times with her. 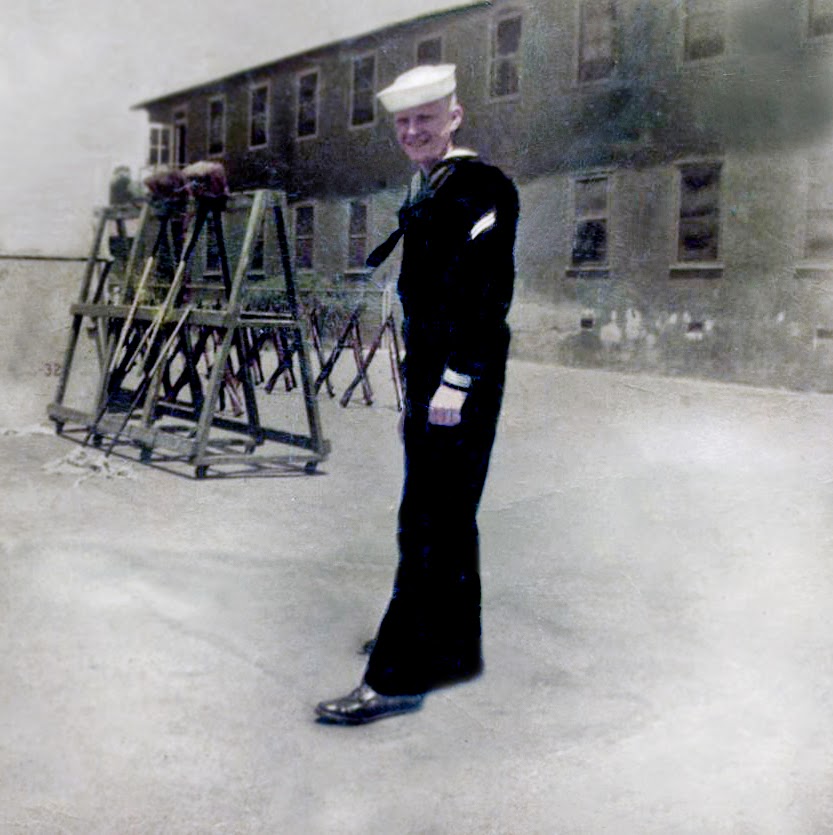 My step father, Dad, in the Navy. Scanned photo rejuvenated by Terri Kallio. Original in possession of Dad,
[address for personal use] California. 2014

I continued to see my birth father about once a year when I moved away from home. Still, about birthday time he came bearing gifts.

After my mother passed away I started thinking more about my birth father and took a real interest in genealogy. One day I drove to where my birth father lived and parked my car a distance from his house, hoping to see him maybe come outside. I did see a man walk out who I thought may be him, but it didn't feel right, I wasn't convinced. I drove home and never said a word to anyone about what I did. Some time later, I learned the man I saw was not my birth father.

We never know what life will bring us or how long any of us will live. Off and on, I thought about my birth father. After a few years I finally opened up and talked with my husband about my feelings. I felt I wanted to connect with him again, after all, he had a grandchild he had never met.

When my birth father's father (my grandfather) passed away, my mother never told me until after the funeral. I suppose she figured I didn't want to know as I wasn't seeing my birth father at the time. When I found out I was very disappointed she hadn't told me, I would have gone to the funeral. At the time, I felt she had robbed me of the chance to make contact with that side of my family again. I suppose I felt it would have been the "easy way" to see those family members again.

My husband was very supportive of me wanting to contact my birth father and talked me through each of the obstacles I felt I was facing. I was concerned about my daughter and how she would handle a "new grandfather" in her life. I was also very concerned about my step father, the man who raised me. I never wanted him to think I was betraying him.  Eventually, I spoke with him about my feelings, and of course he was very understanding. 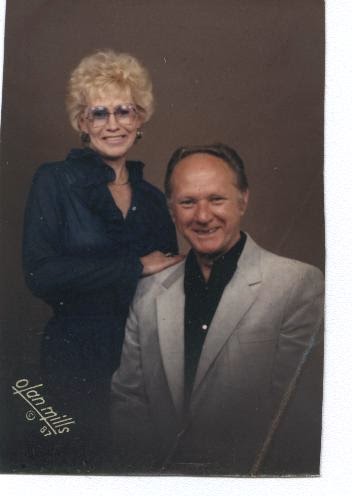 When I finally decided it was ok to call my birth father, I called several times without a response. Ring, ring, ring, no answer, ever. There wasn't even an answering machine where I could leave a message.

I was getting nervous, maybe something happened to him? Was he even alive? What if I missed this opportunity? I decided to drive to the house one day, it was only about 45 minutes away. So close, yet so far.

Looking back, I wonder what I thought I would find by going to the house? If the phone wasn't answered, why would I find him there just because I drove over? I was wondering if something may have happened to him and he was helpless, just like you would see in a movie or read in a book. I was afraid I missed my chance of communication again.

It turns out that drive over was just the thing to do! He answered the door when I knocked and was definitely shocked to see me. He invited me into the house, the same house his parents lived in when I was a child. It was deja vu walking in there. I was so nervous, the first thing I said to him upon entering the house was, "You have psoriasis don't you?" He replied, "Yes." I told him I had it too and mom did not so I knew he had to have it as it is hereditary. We both laughed. The rest is history. 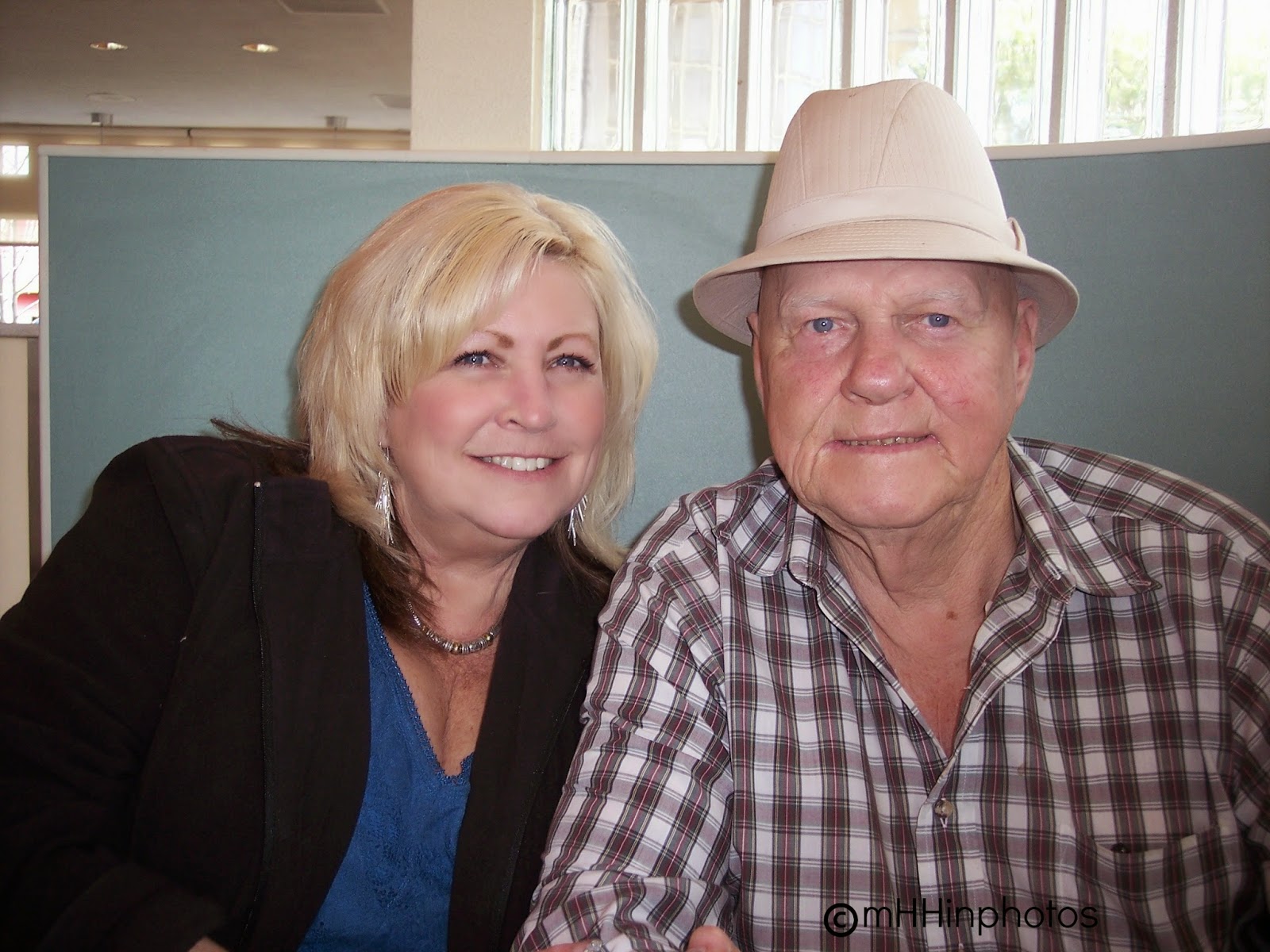 Me and my biological dad, Duane Harold Lundberg, 2006, Concord, California.

I am grateful for the few short years I had with him. I am grateful he was able to meet his granddaughter and live to see the birth of his great grandson. I am very grateful we got back in touch. His family, my aunts and uncles, told me he was like a new person having me in his life again. Everyone was so very kind, excited and happy to have me in their lives.  A few short years later though, my birth father was gone. I still keep in contact with my aunts and uncle however.

I try now to spend as much time with my step dad as I can, he lives a couple hours away from me. (I only call him "step-dad" for genealogy purposes, in my mind he is my Dad, my Father.) I have him doing "The Book of Me Written By You." When I go to his house I bring along at least seven or eight questions for us to go through. Some of the questions he has written for me, in my presence, some I have voice recorded and some l I have written down as he verbally answered the questions.

He raised me from the time I was two years old. His family is my family. I couldn't have asked for a better father in my life if I could have picked one myself. I feel so very fortunate to have him on this earth with us. All of my family enjoys his great sense of humor, his intellect and being a part of his life.  This man "chose" to accept me as his own, and will always be my Dad.