The Book of Me Written By You~Prompt 13~Who's Coming to Dinner?

I am participating in Julie Goucher's activity:
"The Book of Me, Written by You."

If you had to hold a dinner party and could invite a maximum of 12 special people, who would you invite?

You can not include family in this-the special people could be famous or historical people.

What meals would you serve and why?

Perhaps include a recipe or photo if you decided to actually cook the items.

These are the people I would invite to my dinner party! We are gathering to have fun and learn more about one another. We will have a large round table set elegantly, but fun too, where we can all visit together.

I would invite Neil Armstrong. I remember as a child when he went to the moon. My dad and I made a BIG scroll paper (maybe for a school project?) with newspaper articles and photos, etc. of the whole event. I would ask many questions about the preparation and trip he made. I would love to hear about his feelings, and emotions throughout the whole process.

I would also invite Julie Andrews. I have actually met her at a book signing, such a lady! She is one of my all time favorite actresses and singers. One of the two first movies I fell in love with was Sound of Music. I recently watched the new remake, live on stage with Carrie Underwood, and I liked it. So many people didn't like it, but I did. It was different and should never ever be expected to rate or be the same as the first version. Julie Andrew's gave her blessing for the remake, and I enjoyed it.

I would invite John F. Kennedy. He is the first president I really remember anything about. I am not sure if it is because he was assassinated, but I am sure it has a lot to do with it. He was young and good looking and I had heard so many things about him after he died. Being a child, I was influenced so much with all the talk around me, on the TV and in person.

Clark Gable would be amazing to have visit for dinner, although he may make me speechless. My other favorite movie is Gone with the Wind. I would have to have someone take a photo of the two of us together for sure.

I think I need someone from the music field. I would choose The Beatles, but, that is more than one person, so I will pick John Lennon. The Beatle's became a hit during my childhood. What a career and life John Lennon has had. What don't I know about him, that I want to know? What would I ask him? To sing of course!

A comedian, yes I need one of those. Let's see, how about…Lucille Ball! Yes, she will do. I once sat in front of her house with my family for what seemed like hours in hopes that we would see her. We watched as a delivery person brought them food. Great sense of humor she had, and I understand she lived with a lot of physical pain throughout her live also.

Ok, half way there, I have 6 people. I would like to have equal men and women so it looks like I need to have more women in this next section. Equality and all you know. 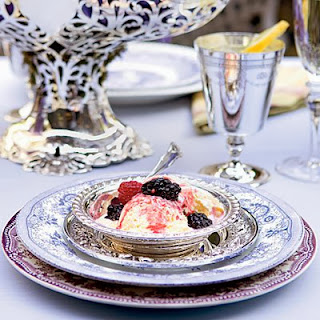 So, next I will choose Oprah Winfrey. She has done so many different things in her life, I could sit for hours and listen to all she has learned and accomplished over the years.

I am very intrigued by architect Antoni Gaudi's buildings. He is right up my alley with the way I think, DIFFERENT. I love the work I have seen from him in Barcelona, because it is all so different! I could pick his mind!

I think Betsy Ross is also invited. She has such creative talent, a marvelous seamstress, we see it all around our great country. Craft person that I am, we would hit it off I am sure.

My invitation list includes Betty White. She loves her job and continues to work. She loves animals. Her personality is most appealing as she seems happy all the time. She is the grandma we all want to have, rock on Betty!

I need to invite one more woman and one more man. Who shall they be?

Amelia Earhart. You are invited to this special dinner of twelve. Tell us what it felt like to cross the Atlantic in a plane? I wonder how it compares to flying to the moon?

United States Army General Norman Schwarzkopf, Jr. would round out my list of twelve for dinner. His life was committed to service for the United States. Along with picking his brain, I more than anything want him to come and share in the fun with the rest of us!

Sports players, scientists, developers, artists, authors etc., there are so many people I would love to meet. I would need to have many, many dinners. I couldn't just keep it to these 12.

The menu ~ I would research each person to find out their favorite food. I would hire a chef(s) (with all of my millions of dollars) to cook each of those meals. I am not into the cooking, I prefer to plan the entertaining, and wow, it would be fun!