December 04, 2009
Many times during my adventures in genealogy I have been asked if I would like to participate in a recipe sharing of some sort. This means a recipe from an ancestor generally. I haven't participated in sharing a recipe to this point as I really don't have many recipes that have been handed down to me. I do not believe my mother even owned a cook book, or saved any recipes. I was told her mother was a great cook, but I don't have any recollection of her cooking, let alone having a recipe from her. 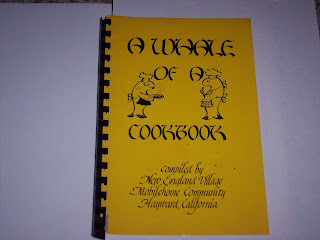