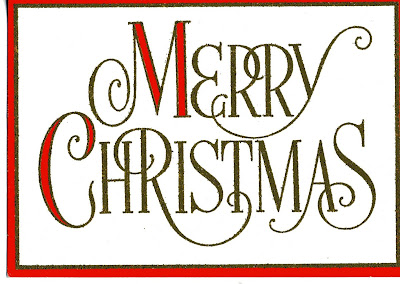 
A Card from me to my biological father over 25 years ago. I have the scan of the inside and what I wrote also.
Wow, have I written Christmas cards! In fact, I have sent cards for everything to everyone all my life. My father has always said I should have had stock in Hallmark. I wish now I did!


Thanks for stopping by! Wishing you success in all of your genealogical treasure hunts! Copyright © 2010 By Cheryl Palmer
Advent Calendar Christmas Cards