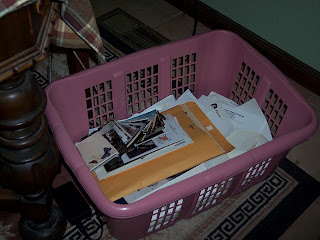 My letter to my parents was interesting to read. I believe it showed my immaturity to a certain extent. My husband was aware of the incident so it was not an issue there. I was unaware my sister even went through the same circumstance as I did with my parents. It was amazing to me actually, as I always thought I got the brunt end of the deal being I was the eldest child. It will be very interesting to talk with my sister about her letter, we can compare our stories.
genealogy Letter organization scan