My Journey in Sweden ~ Reconnecting With A Family Member in Stockholm

I haven't blogged much about my husband's side of the family, yet anyway. You may or may not know my husband was born in Costa Rica, raised in the United States. His siblings and their families are all in Costa Rica except for one older brother who lives about a half hour ride from us, and now one of the nephews. 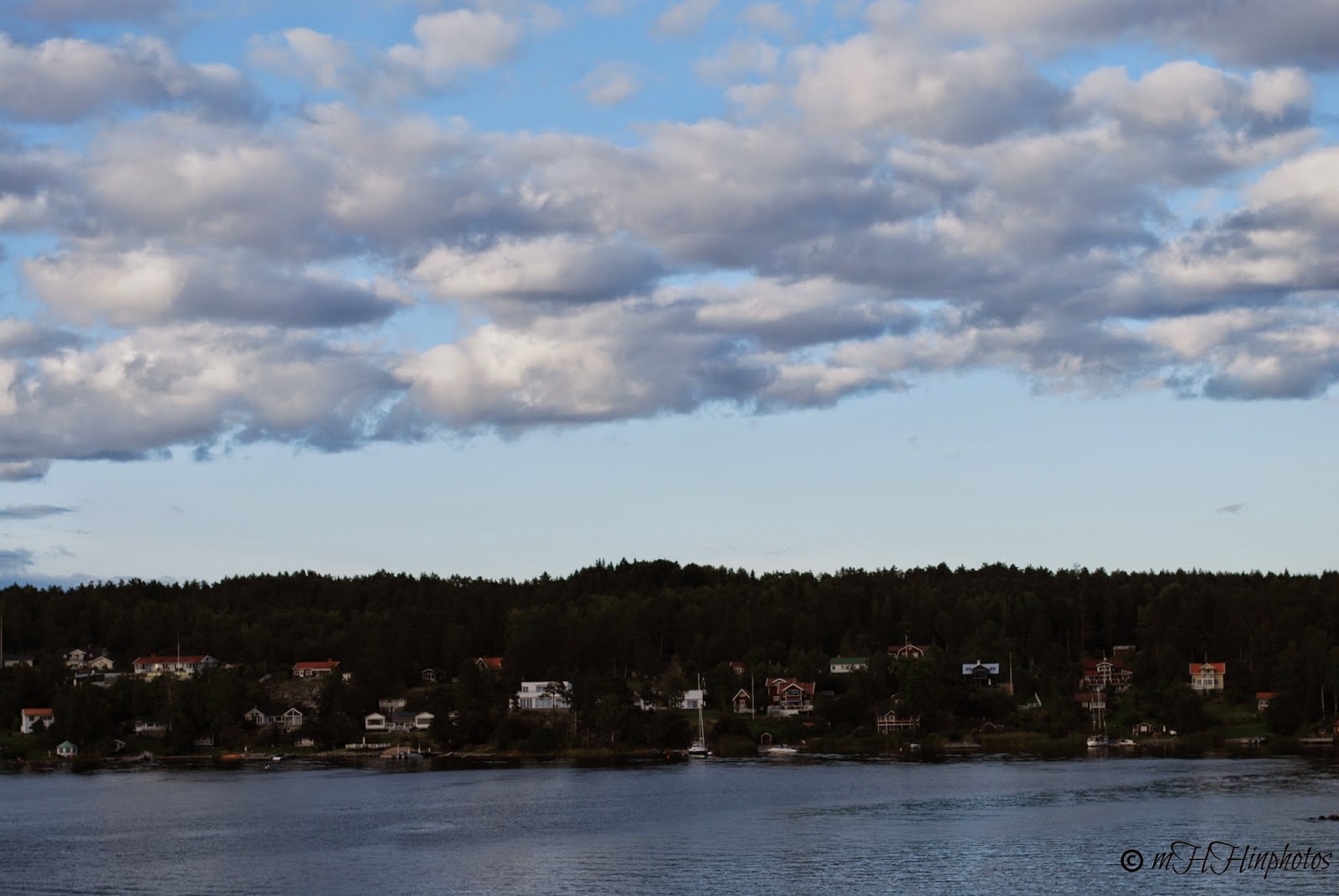 One of my husband's younger brothers has three children, two sons and a daughter. We last saw his youngest son when he was about 16. He now lives in Sweden, is married, and has two children of his own. We have never met his wife or children. Heck, I think he has at least doubled in age since our last visit with him.

I was in contact with our nephew, Sander, as soon as we knew we were going to Sweden. Sander works at a major hotel in Stockholm. I wanted to get reservations at his hotel while we were there. This was much tougher to do than I expected,  but more about that later in another post!

We made arrangements to spend 3-4 days with Sander and his family at the end of our trip. I never mentioned to him we had an additional stop in Stockholm while on the cruise... 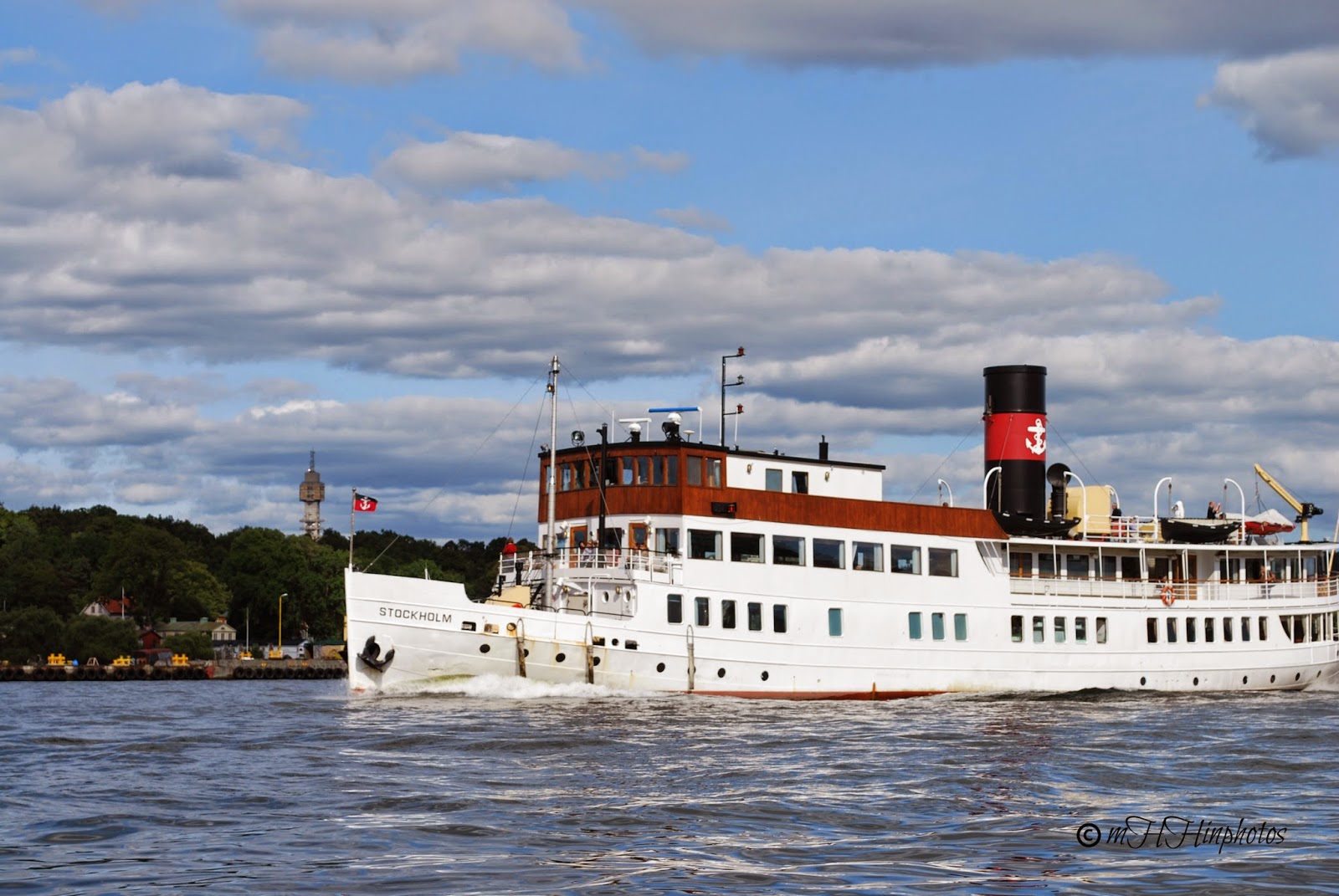 When the cruise ship docked in Stockholm and we were leaving the ship, my husband asked if I remembered what hotel Sander worked at. I didn't have a clue at that moment, but I did have the information back on the ship. I didn't think we had time to see him that day so I wasn't prepared with the information. We had a tour booked and we had only one day there.

One of the major hotels right along the water where we docked was named the "Grand Hotel." My husband asked me if it could be that hotel in which Sander worked. I didn't know, but he thought it sounded familiar and wanted to go find out.

We asked at the hotel if he worked there and they said yes! Amazing, the first hotel we tried. What a memory my husband had. The desk called him to say he had visitors. He stated he would be there soon, and later told us as he was coming to the lobby he didn't have a clue who would be there to see him. 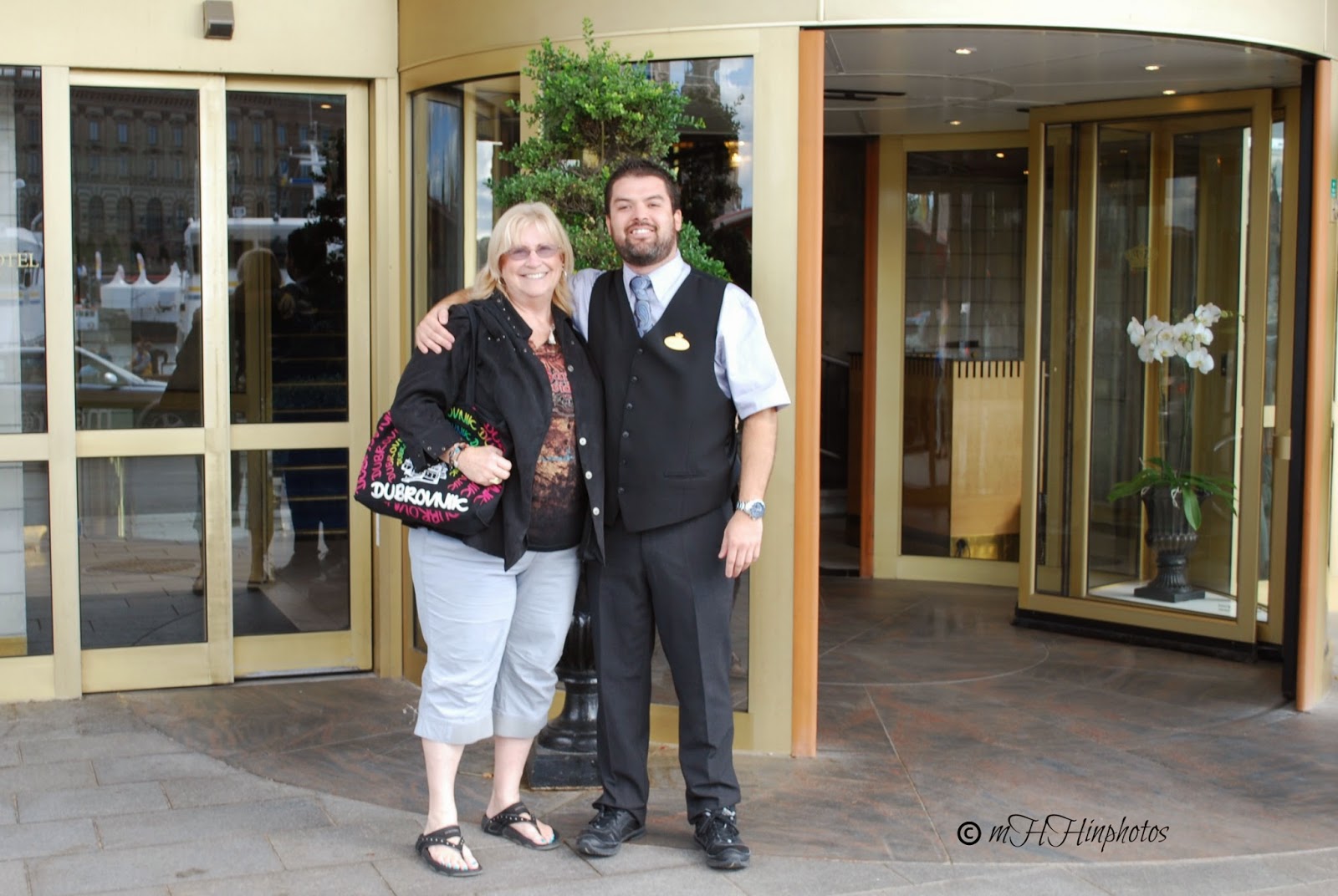 2013~August. Sander and I in front of the Grand Hotel, Stockholm, Sweden

I wish I had a photo of the look on Sander's face when he saw us! He panicked and immediately looked at his watch thinking he had made an error as to when we were coming. We explained he didn't make an error, we had a stop there on our cruise. He was so relieved.

I can not begin to tell you how happy Sander was to see us. It surprised both of us. But, he doesn't get many family members coming to see him in Sweden, it's expensive. We really loved seeing how excited he was to see us. 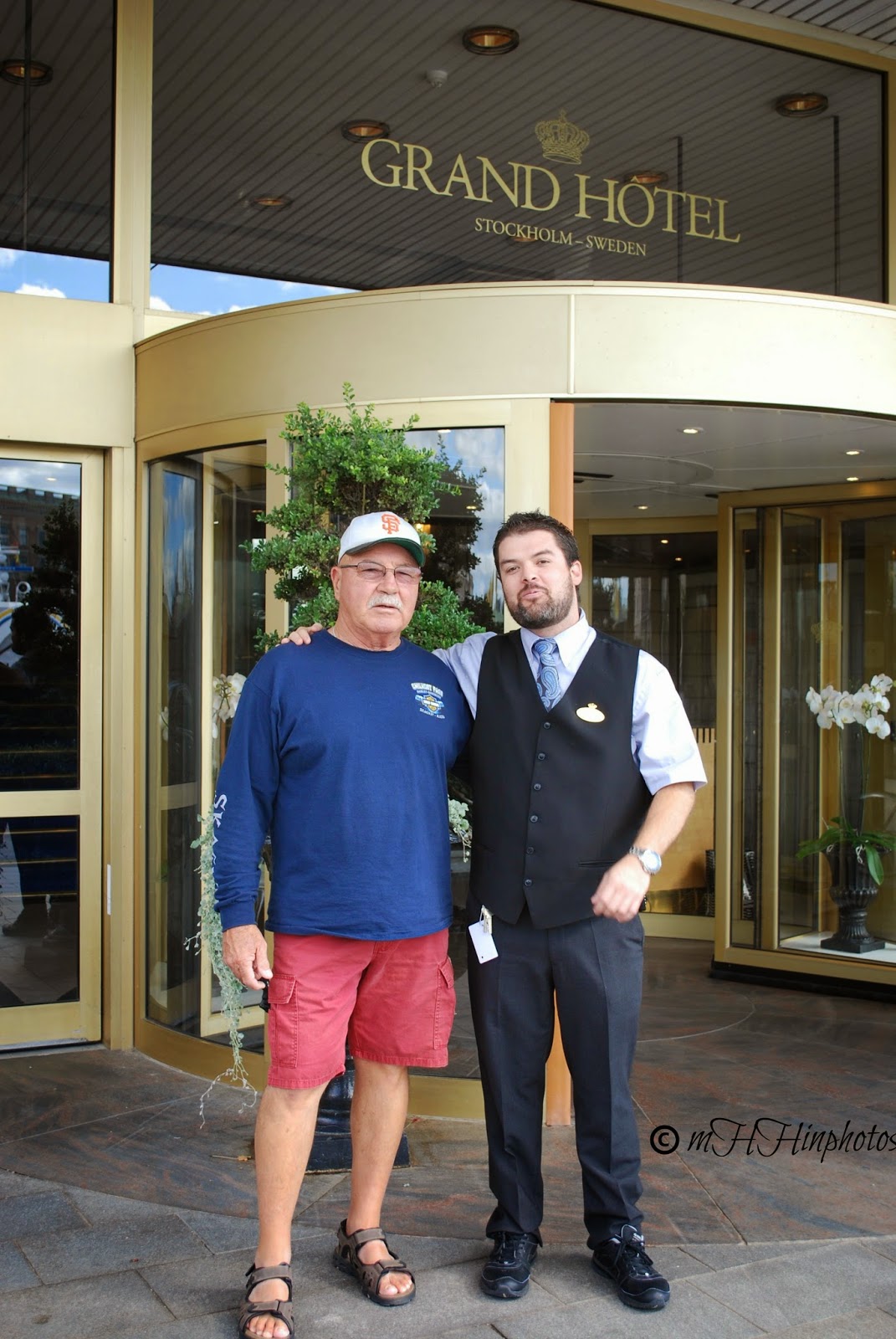 2013~August. My husband and Sander in front of the Grand Hotel, Stockholm, Sweden.

Sander gave us a tour of the hotel. I have more photos to share later on. For now I can tell you we saw an average room (that wasn't to shabby...) and a couple of higher end rooms that were VERY luxurious! Sander also showed us "the suite." Oh my, it was a house! I asked him how much it cost to stay there a night and he told me $2,000.00!

I asked him who actually stayed there and what was the longest amount of time someone has stayed. He told us of a few performers and singers who have stayed in the suite. The longest someone has stayed? A month! (I almost choked.) On average though he told us most people stay 3-4 days. What a treat to be given this very special tour, the average Joe never sees this "suite." 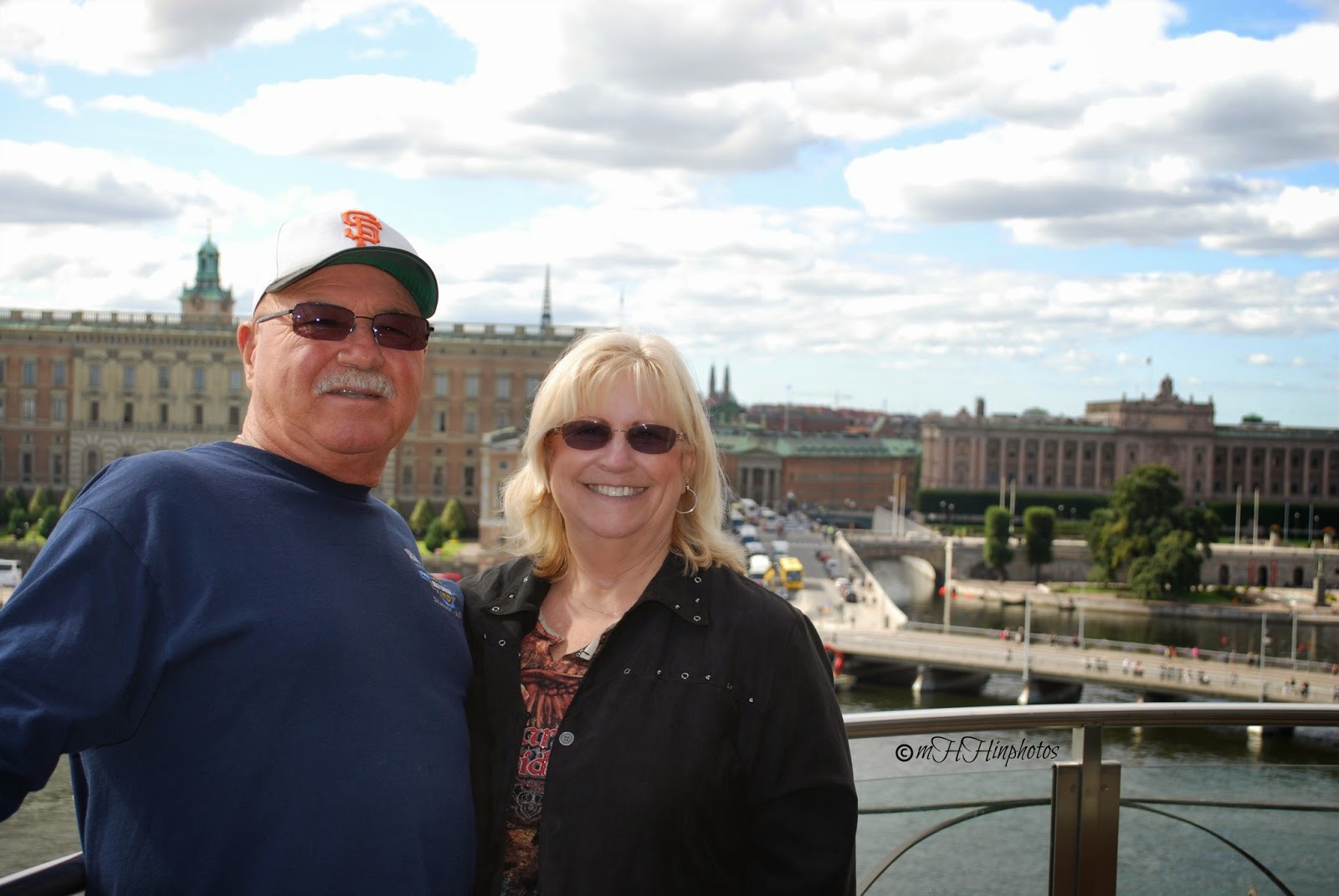 2013~August. I do not share often but here is a photo of us, taken by Sander. This photo is on the porch looking out from one of the rooms we saw in the hotel. It was so beautiful! 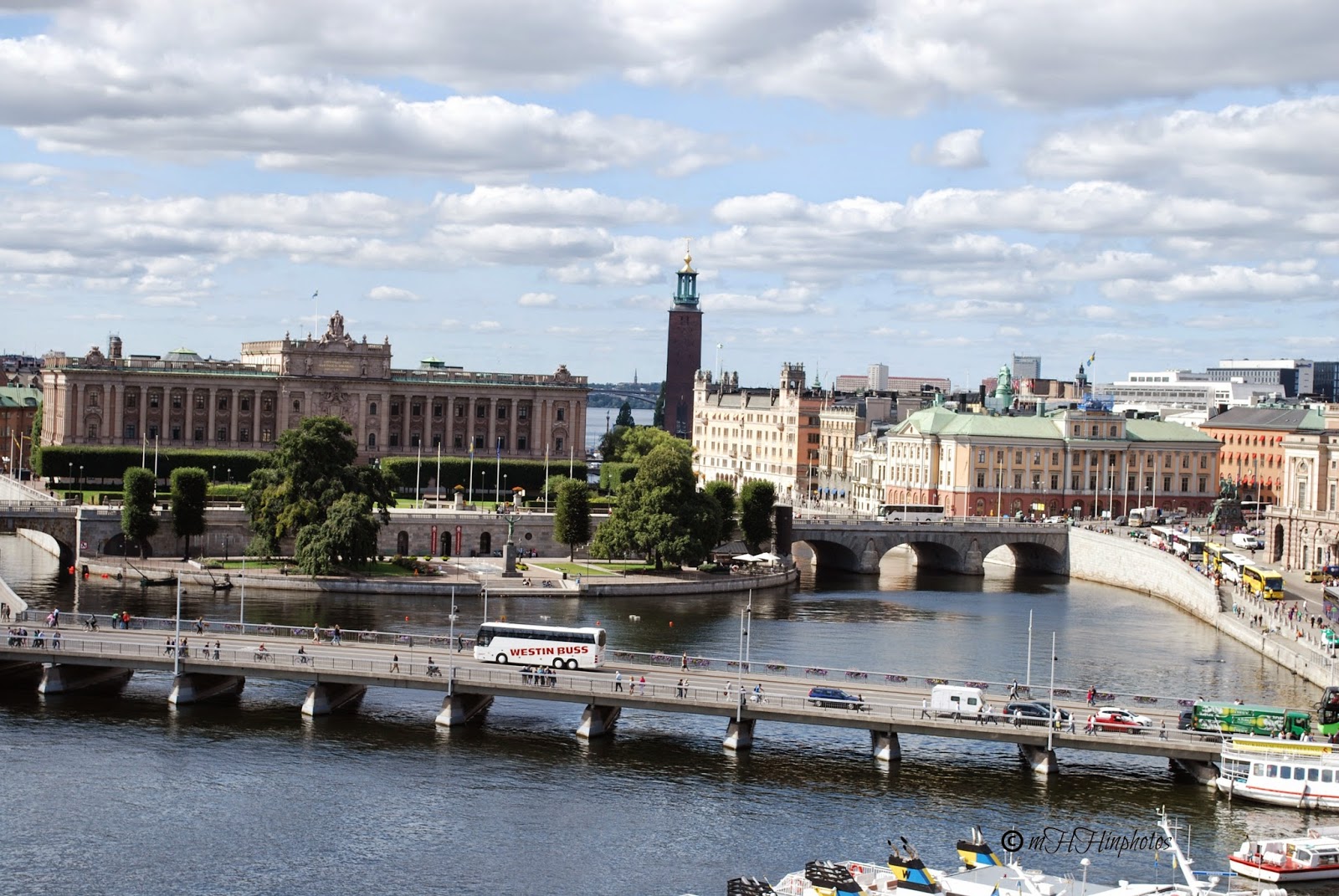 We were still trying to confirm rooms with Sander for when we returned, and still no confirmation. I couldn't understand why it was such an issue. I would have felt he didn't want us to stay there if it weren't for the fact he was so excited to see us! We took his phone number so we could keep in touch and be able to get a confirmation. 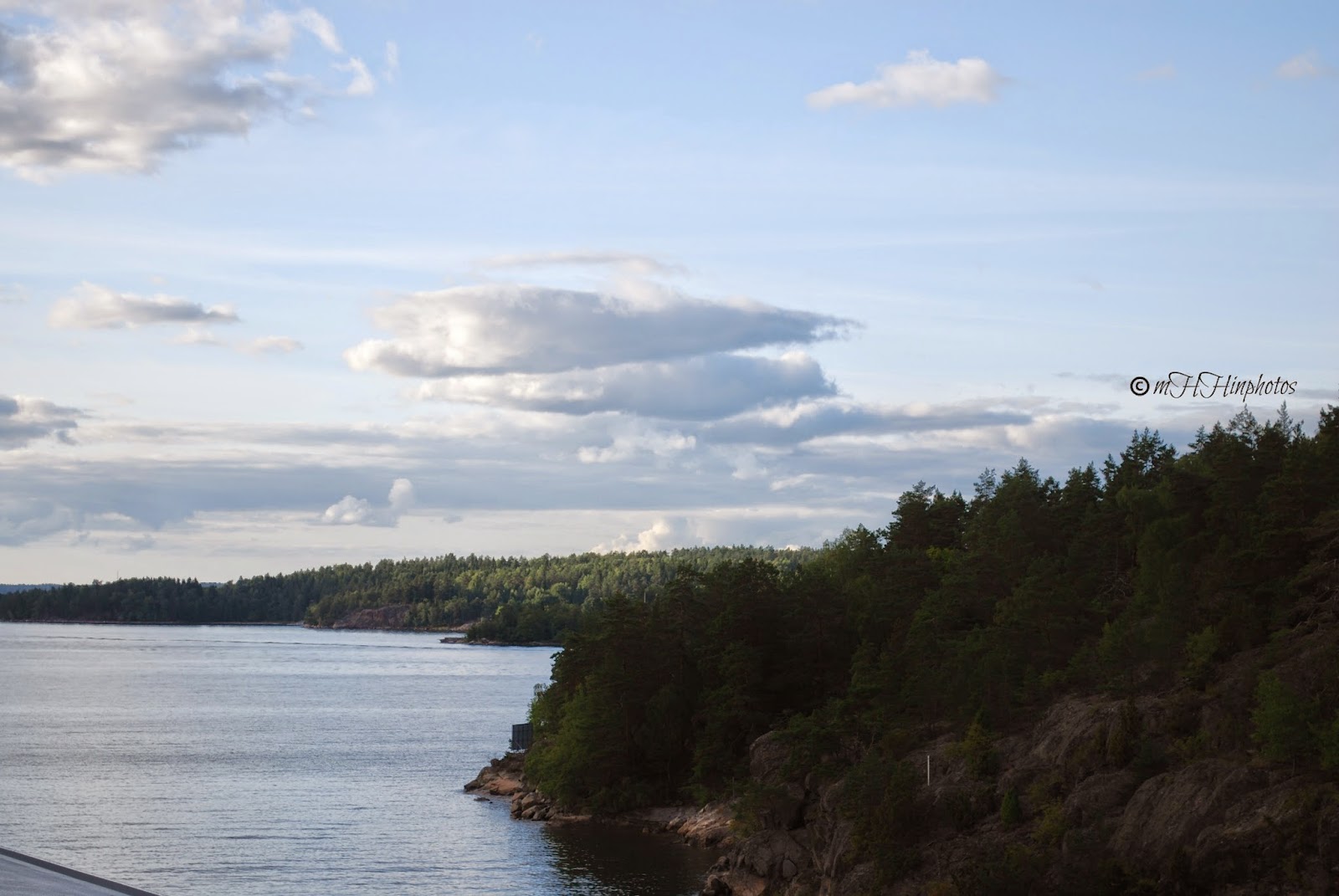