On Friday, November 1st, I drove to my dad's, arriving a half hour before our cousins were due to be at his front door. I wanted to be sure I had everything prepared and ready before they came. I purchased a new little Sony recording device, recommended by another cousin. (Thank you Ericka for that recommendation, I love it!) I really like that it is small and unobtrusive. Previously, I asked for permission to use it when we all met, and I was given the ok. There was no way I was going to be able to take notes and keep up with dad and his "cousin's wife" when they saw each other again, and I didn't want to miss anything!

Mom and daughter were right on time. It was so exciting seeing them walk up to the front porch, although I was a bit nervous also. It's my nature. The excitement, apprehension, anticipation, it had all built up in me.

My dad's wife was so excited that I found a new cousin connection, she could hardly stand it! She also does genealogy and wishes she had found as many cousins as I have, but so far no such luck. We keep hoping! I explained to her that I wasn't as excited for me, but was very excited for my dad. To meet his cousin's wife again after who knows how many years. I knew the stories wouldn't stop!

They arrived. We did some introductions, gave greetings and invited them in. The first thing I asked, with the recorder running was, how long has it been since you have seen each other? That is when I found out that my dad and his cousin's wife had only met once, briefly. Really? All along I thought they knew each other fairly well. I was suddenly disappointed. All of the stories I thought I was going to hear…down the tubes in a flash. Then I remembered, there was history, people they had in common. And they were, after all, very excited to meet each other! 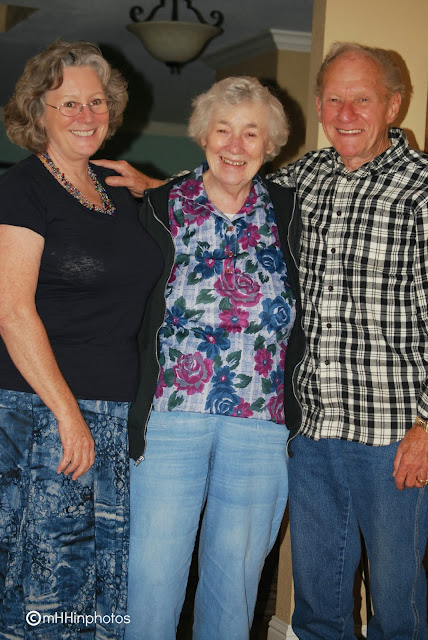 It was a fabulous meeting! Everyone enjoyed themselves. My father's wife made a fantastic lunch for us. A variety of sandwiches on rolls, salad, fruit and cookies. Delicious! Here you can see our cousin checking out the ancestor book I had made for my father's birthday a few years ago, while dad and N. continue to visit after lunch. 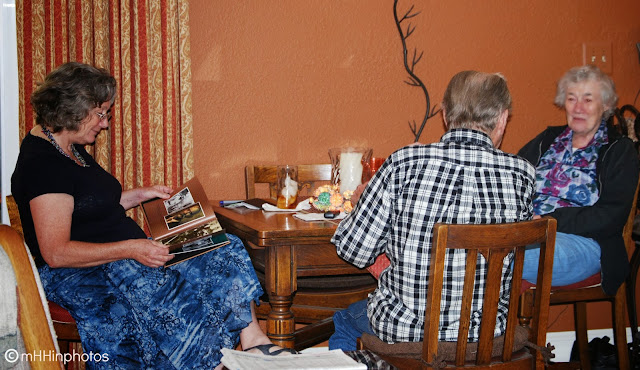 The conversation centered a lot around my grandfather, dad's dad. Grandpa had a wonderful sense of humor and I heard stories about him and his personality that were "so him!" The stories went back and forth between dad and his "cousin's wife." Below you see her listening to a story my dad is sharing. 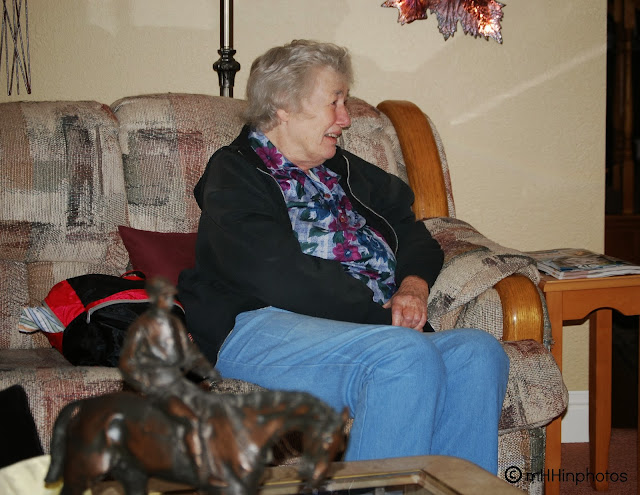 It came to our attention that she had questions about her own mother. Dad's wife started a search to see what she could find. 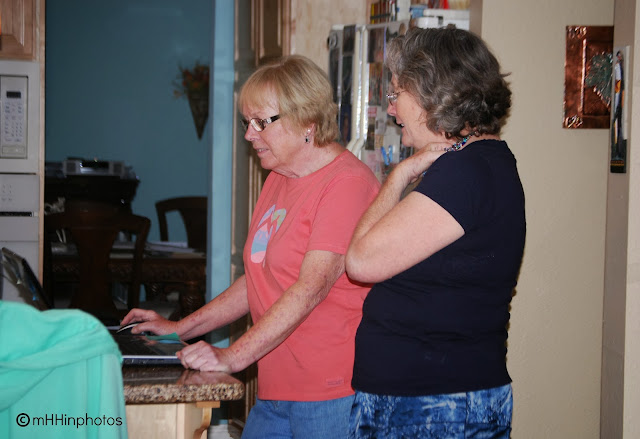 Here is a photo of my dad listening to his "cousin's wife" telling a story. I love this photo as it reminds me of a story that my dad actually shared that day about my grandfather. When my grandfather passed away he was laying in bed with his hand positioned around his face and chin, wearing a smile.

I told my dad he does the same thing, and here is proof! 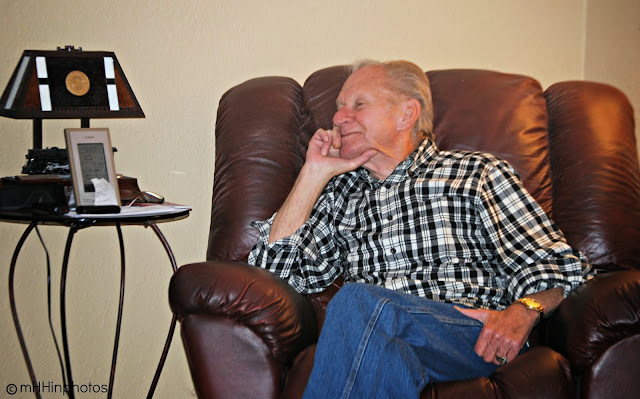 We visited for about three hours before our cousins needed to leave. "Cousin's wife" and her daughter really seemed a part of the family, they also had a great sense of humor. Before they left I wanted a couple more photos…the personalities really came out... 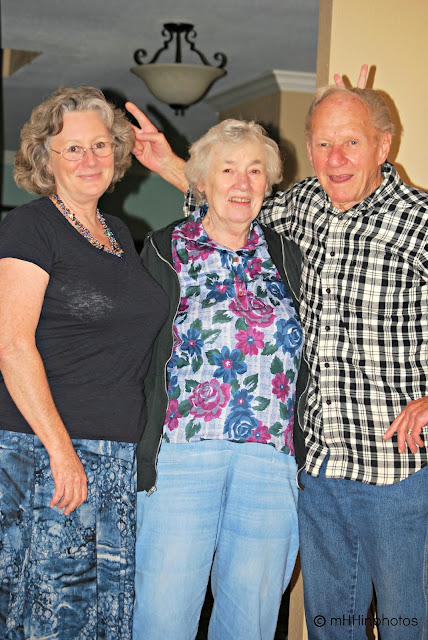 Dad says he felt his "cousin's wife's" arm move behind him, so he quickly moved his too, just as I was pushing the button for the photo! I made them redo the photo. 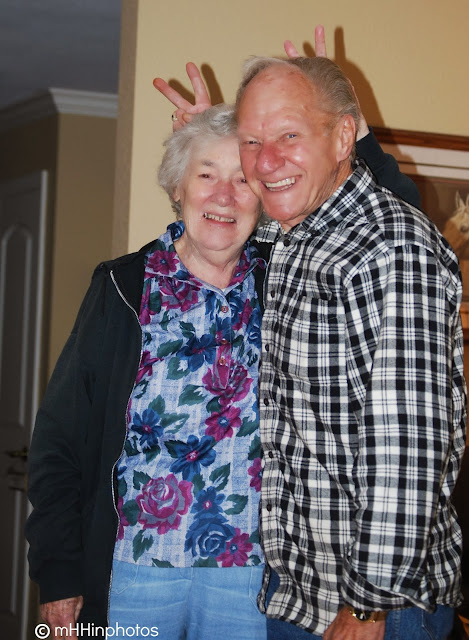 Doesn't it look like we had a great time?

I thank everyone for allowing me to share the photos here on my blog, it sure helps to tell the story, and they will make great photos in a book one day!