What were their names?
Where were they from?
Were they related? – Cousins perhaps
Where were they born, another Country or state/area?
Photos ?
What did they do?
Did you know them?
What was your relationship with them?
If you didn't know them have you researched about them?

My third post for this prompt entails dad’s parents. His parents were James Fleming and Lois McGuire. They were both born in Oklahoma but were not related.

I have several photos of each of my grandparents. 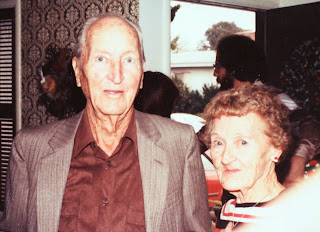 Grandma and grandpa, many years after they divorced.

I am sure grandma worked many jobs that I am unaware of at this point but I know she drove a school bus in Arizona. That was her final job before she retired. She moved to Arizona sometime after her and grandpa divorced. She lived with her mother and took care of her until she passed away.

I have a photo of her in a bar she owned while living in California. The photo also has her parents and my dad in it. If I didn’t have a copy of that photo, I may not know today that she ever owned a bar.

Grandma and I were pen pals when I lived at home. I wrote to her until my daughter was born, but after that letters were more scarce.

Dad flew us, literally, to Arizona once to see her and great grandma. I was pregnant at the time and remember how hot it was in Needles, California when we stopped for fuel. I thought I was going to be sick from the heat and being pregnant, it wasn't a good combination. I never wanted to go to Needles again. (I did end up there once more though.) 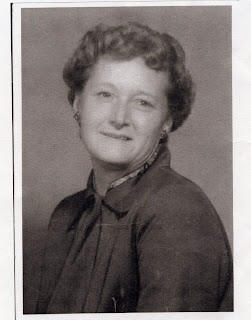 My youngest sister and I flew to see our grandma's once also. I actually won the trip, but have no recollection how I won it. I think it was from a company I was involved with, one of those pyramid things. We had a rented car and a lovely hotel to relax and tan at for a few days and then we were off to visit them.

The picture above is a scanned copy of a photo of grandma when she was 32 years old.

Mostly, grandma and great grandma came to California for visits. One Christmas my ex-husband and myself surprised my dad and flew grandma to California for the holiday. I will never forget the looks on my parents faces when she came into their house with us. Priceless! 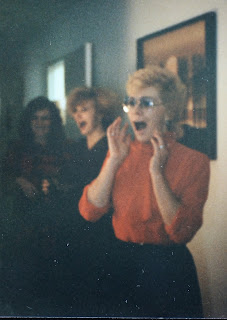 The looks of surprise!

Seems to me grandpa was retired for as long as I can remember, even though I know that was not the case. He belonged to the boiler maker's union, the carpenter's union and the ship fitter's union. He could do a little bit of everything. He loved music, and taught himself to play the harmonica and organ. I actually received his organ for my birthday after he passed away. 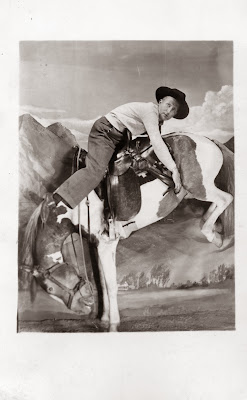 I am fortunate to have voice copies of some of the music he played and stories he told. I actually just received these Oct. 14 of this year, a few days previous from writing this post. He was a real character, and always funny. He loved to make people laugh, just like my Dad.

The other day when I was with Dad, we actually listened to grandpa's CD (dad had converted it from tape) and cracked up at the stories he wrote and played out with his step-daughter. It was a great day filled with great memories.

I remember going to grandpa's home when his father, my great grandfather, was there. We would listen to grandpa play the organ, and sometimes other family members would be visiting also. 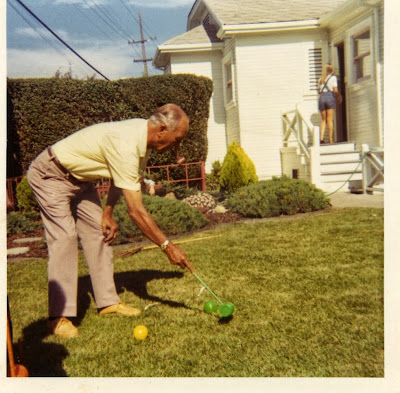 Grandpa loved to play golf. (I wonder if the croquet helped him play golf better, or if golf helped him play croquet better?) He played a lot of it when he retired and belonged to a golf club in Alameda. He lived in Oakland as long as I can remember, so he drove a bit of a  distance to play golf. His house was up by the Mormon Temple. When I was a kid and we were driving on the freeway at night, we would see the Mormon Temple lit up so beautifully. It would remind me grandpa lived close by there. I thought he was so lucky, although I don't believe he could see the lights of the Temple from his house.

When grandpa got ill he ended up in the hospital. I received a phone call from him while he was there, it was very strange because he NEVER called me. He asked when I was going to visit him. I sort of stumbled a bit not knowing what to say. I said, “Right now?!?!?!?” He said no, I didn’t have to run over there right then but the next day would be good. My husband and I went to the hospital to see him the next day. He was sitting up, drinking milk and eating cookies. He had a smile on his face, talked, and joked, just as he always did.

We visited for a while, it was nice to see grandpa acting his normal self. When we left, I got tears in my eyes and told my husband he was dying. I knew it. He never called me before. He wanted to see me. He wanted me to remember him happy, joking and laughing.

I am so very grateful I was able to see him how I did. He fooled others with his jokes, laughing, and eating cookies, but he didn’t fool me.

He wanted to go home to die so my father brought him home, although he fought it as long as he could. Grandpa had better care at the hospital. Thankfully by the time dad brought him home, he didn’t live but about a day.

His wish was granted, he was home.