Time is getting critical now. I have to start packing. A few months ago I had gone on an Alaskan Cruise, and when I packed for that, it was pretty much a free for all. For once I did not have to board an airplane, weigh my luggage, or even worry about how many pieces of luggage I had.

This was different. I would be boarding a plane for a 10 hour flight. I could carry two pieces of luggage and a carry on, within weight limits. I was going to be gone much longer than twelve days, and I really didn't want to do laundry while I was gone, unless I had to.

Then I remembered how many clothes I took on the Alaskan Cruise that I never wore. I wanted to be very practical with what I packed. I needed a couple of dressy items for captains dinners, less dressier for other dinners on the ship and for eating out in a restaurant as well as casual clothes for touring and sight seeing. Layers, I wanted to bring clothes I could layer if the weather got cold. 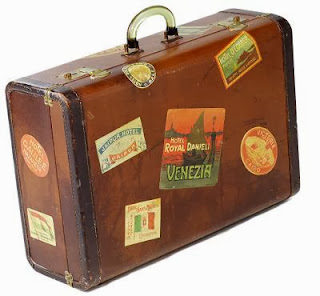 My cousins in Sweden informed me what the weather was suppose to be, NICE! Average around 70. Right away I decided not to take a coat. A zip up sweatshirt, a light weight thin sweater and a couple button up shirts it basically what I took. I packed twelve days worth of regular clothes, I could wear each twice. A couple of dressy outfits for the captains dinners I already mentioned. Lots of capri type pants with tops to match, a pair of jeans and a nice pair of slacks. I added a few long sleeved shirts and a couple of pull over sweaters for night. Oh, and a couple pair of sweat pants and T shirt type tops as well as one long house dress for casual wear.

I packed one pair of black heels, flip flops, strapped sandals, and tennis shoes. Then there was the jewelry and toiletries I needed for a month. Most of this was fairly easy. What became tougher for me was what to pack in my carry on and where was I going to put all my electronic goodies?

My other electronics? My camera, my other Nook (for my husband to read), phone, IPod, etc. Lots and lots of cords and a power adapter. Memory sticks with information to give to my cousin on them, as well as some blanks. I purchased the new Nook because I was told the new Nook will hold a lot of photos. I went twice to Barnes and Noble to understand how this would work and to find out exactly what I needed to make my camera download pictures to it, but I finally understood and bought what I needed.

Suddenly, I didn't have time to play with it and try it out. I was running out of time. Therefore, I got nervous and in the end I packed my laptop, something I really didn't want to do, but I did. Heaven forbid if I lost or couldn't manage my photos, this would be a once in a lifetime trip. I just felt safe having my laptop. I managed to get everything in the suitcases.

I thought I had done a pretty good job packing, my luggage was all fairly full, but I didn't feel as though I had overpacked. I was a bit concerned how much my largest suitcase weighed however. Fifty pound limit, hum, I may be over on that one. I knew my husband had room in his second suitcase if we needed to adjust for weight, so I felt pretty good. My husband stated he had overpacked for Alaska and he was going to pack more "minimally" for this trip, the reason there was extra room in one of his suitcases. I also new we needed room for things we were going to bring home, but I quickly quit thinking about that as I knew we could always send things home if we needed to. 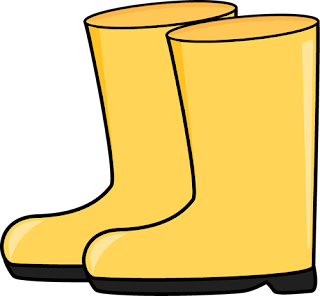 Just when I think I was all set to go, my cousin in Sweden asked if I had an umbrella and goulashes. I do not own goulashes, but I had an umbrella. Where would I put that? When I responded that I had so much to pack, my sweet cousin said no worries, he was sure they would have an umbrella for us and could find goulashes to fit us too. (There was an adventure I wanted to go do that apparently I would need goulashes for...)

Things are winding up on the home front. My daughter's mother-in-law was coming from Arizona to stay at our house and watch our elderly dog. She was also going to step in and watch the grandkids when I normally would be caring for them. It was her time to spend time with the family and enjoy. Worked out good for her, my daughter and us also.