There are some other people we thought we would attempt to see if possible. I sent a message to our friend's son who lives in the Ukraine to see if he could meet us in St. Petersburg while we were there.

The specific week when I was handling this, I found out a cousin I have in Norway (she is a fairly recent connection) has a summer place in Sweden! So now, how was I to get her into the picture?

I was hoping to meet Yvonne Henriksson too, you may know of her, she is a blogger in Sweden. Her blog is Swedish Thoughts. Yvonne was one of the biggest supporters I had when I was trying out for the TV show "All for Sweden" or "My Swedish Adventure."

We also wanted to spend some time with my husband's nephew and his family. The nephew was born in Costa Rica and married a Swedish gal. We hadn't seen our nephew since he was a teenager therefore we have never met his wife or children. 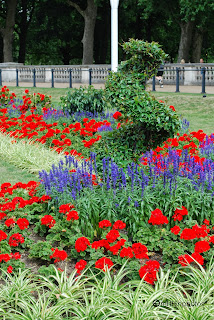 You are already aware I will be meeting my newfound Swedish cousins on this trip, and we will be spending time with our friends in London also. I am planning to make this event as social as possible, it will make my husband happier, social butterfly that he is.

As time passed us by, I received a response from our friend in the Ukraine and unfortunately, he had plans that weekend already, plus he said he would have to get a visa to go to Russia. My husband and I thought that was odd,(I think we figured he had been to Russia for his work) but I understood he wasn't going to be able to make it. I gave him the rest of our trip plans in case we could hook up elsewhere. At least we have seen him and his wife within the past year, so it hasn't been eons or anything.

Next, my cousin in Norway said she would see what she could do to hook up with us. Her summer place is north of Gothenburg. It was a few hours ride away.

Yvonne, I found out had taken a job, so we knew early on it may not be a possibility for us to meet. I really hoped we could work something out, as I understood she didn't live from Gothenburg. If we could hook up for dinner, or even coffee or tea the one night we were there, I would be happy. I was still going to hope for this, and wasn't giving up easily.

I messaged with our nephew a number of times on Facebook. He works at a hotel in Stockholm and wanted to get us rooms where he works, at the family rate. I explained this to our travel agent and he was fine with that. I gave our nephew possible dates of when we would be in Stockholm and he said he would try to take those days off, it sounded good. He explained to us that his place was small and he couldn't accommodate us comfortably as guests.We had no problems with that, we just want to know we have a place to sleep!

So, as of now, any and everybody possibly involved in our trip had the information of where we would be and when. The next project was to decide what day to come home and get the flight booked.