January 20, 2013
Been laying pretty low the last couple of days due to a head cold. Yesterday, I wrote a quick list of "house projects" I would like to see myself accomplish along with a list of "craft" projects to be completed. Of course, I always have the genealogy list along with my personal list going as well. To many lists as always, but that is another story.

The last few days have been beautiful outside and I am reminded winter will be over before I know it. When winter is gone, staying home, in the house to accomplish things on my lists will be mostly forgotten. 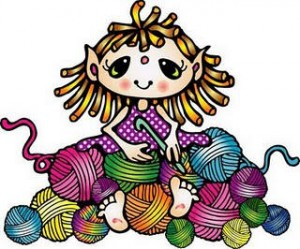 Yesterday, I decided to crochet. The princess, my granddaughter (3 years old), stated a few days ago that she "needed a new blue scarf" to match her blue coat. Whatever the princess wants the princess gets (are you a grandparent yet?) but winter will be over soon, so it was important to get the scarf crocheted ASAP.  It wouldn't be enough to get the scarf completed though, she will need to wear it awhile too before California's summer hits. I managed to whip out a scarf for each of the grandchildren yesterday, can't do for one and not the other! I plan to add something on each scarf, my grandson wants a baseball, basketball, or football on his and my granddaughter asked for a unicorn again, but I will find something new for hers, probably something sparkly and princess like.

Entertaining me while I crocheted, was a movie on TV which I quickly became engrossed with. The movie was about Rosa Parks. The tears couldn't help themselves, I was so emotional. When the movie was over, another one quickly followed, "Queen," the continuing story after "Roots." I do not watch much TV, however this series roped me in also. It was a three part series with each part shown consecutively. More tears.

Ridiculous amount of hours watching TV. Amazing amount of tears. The stories and lives of those involved in these movies sure wasn't anything new to me, however each movie found me emotionally involved in the main characters life. Years ago, "Roots" was the emotional movie that affected so many of us. These movies yesterday again brought back to my mind the realities of the lives of so many who lived in this country before me.

Yes, I was very sentimental and emotional. Slavery, prejudice, deceit, terror, abuse, lies, hatred and love. Just some of the emotions and thoughts that triggered me yesterday. The majority of my ancestors came to America after slavery was abolished, however I was alive when Rosa Parks refused to leave her seat on that bus.