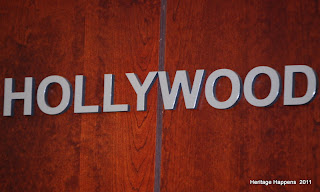 One of the conference rooms at the Marriott where classes were held was named "The Hollywood Room."
Friday I took three classes:
"The Genealogist & The Coroner" ~ Janis Martin and Joyce Kato
I joined "Unclaimed Persons" at the onset. I haven't participated as much as I would have liked at this point. I was interested in hearing Janis speak and possibly learning about free online sites that may help with the research process. This class wasn't what I thought it would be, but I really enjoyed it. Joyce is from the coroner's office. She explained the process they use on unclaimed bodies and how the case may eventually come to U.P. She also explained what happens when a body doesn't get identified, or next of kin found. There were parts of this talk that were rather gruesome to think about, but reality. Janis shared the types of records and process U.P. goes through to try to solve cold cases. I enjoyed listening to the process from start to finish and hearing the statistics on unclaimed persons. For instance, in 2007, Los Angeles County buried 1689 unclaimed persons. Very interesting class! 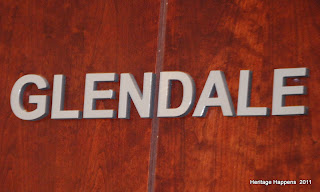 Another conference room.
The next class I took was ~
Grandma's Flak Jacket ~ Why Your Children Need You to Tell Them Their Family History ~ Janet Hovorka
I have to admit that I misread the title on this one. I thought this class was about HOW to interest your children to like family history, not WHY. I had never been to one of Janet's classes before, so I decided to attend anyway. As it turned out Janet did give ideas and clues to help children become involved with genealogy. A couple of points she made that I really liked were to "Hit them where they live" (involve genealogy with things they are interested in) and keep it visual. (I am sooo behind in getting photos up around my house...) 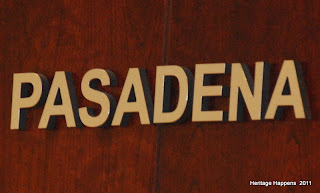 A third conference room.
The last session of the day I went to was ~
Putting Flesh on the Bones - Ron Arons
Another class I took because I had never heard Ron Arons speak either. Last year I went to sessions where I had heard the speakers before, so this year, for me,  it was mostly about listening to new speakers. Putting the Flesh on The Bones was about going beyond the Who, What and Where and exploring more of the Why and How. The main point I need to remember that was brought up in the class was, stick to one person at a time! Oh, I know you are suppose to work on one person at a time, and I can do that! Well for 10 minutes anyway. My new challenge is to beat that time, I will work on 15 minutes! 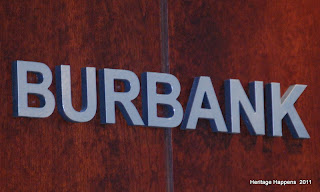 The fourth conference room at the Marriott.
Thanks for stopping by!
Wishing you success in all of your genealogical treasure hunts!
Copyright © 2011 By Cheryl Palmer All Rights Reserved
Arons class Hovorka Jamboree 2011 Kato Marriott Martin Unclaimed Persons